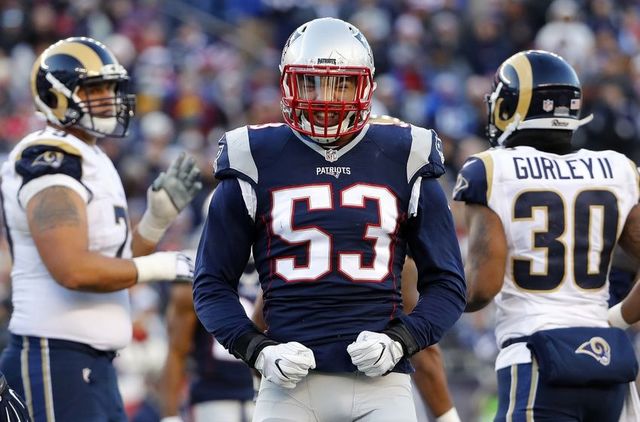 Former BYU linebacker star and Super Bowl champ Kyle Van Noy is giving back in a big way with his new charity that has some personal meaning for the football star.

Before Kyle Van Noy was a star linebacker at BYU, and well before he won a Super Bowl with the New England Patriots, he was a high school football player at McQueen High in Reno, Nevada, taken in by an adopted family that put him on the path to NFL stardom.

Van Noy was back in Provo on Friday night, when he and his wife Marissa hosted a charity event to raise money for the Van Noy Valor Foundation at Fat Cats bowling alley in Provo. The foundation helps adopted, foster and disadvantaged children find success—a cause that means a lot for both Van Noys.