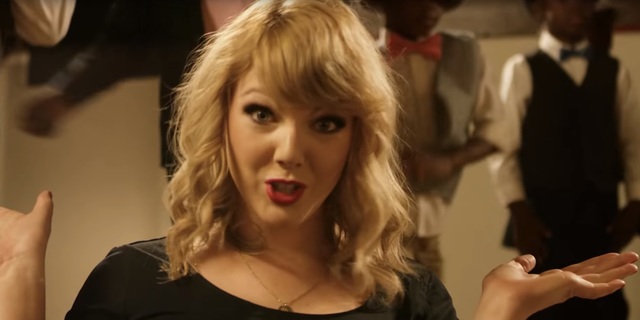 Thanks to Ranae Bell from Fox 13 News for notifying us of this story. You can find out more here.

“Behind every moment of adversity in my life, there is a lesson and a blessing,” Steve Harvey said on his show recently, encouraging LDS Taylor Swift look-alike, Keitra Jane Calaway, not to worry about the cyber bullying she experienced as a result of appearing in Alex Boye's music video, "African Hipster."

Calaway's resemblance to Taylor Swift was so startling, she was featured in Glamour and US Weekly.

As a result of the video, Calaway received a number of nasty comments. “People would say things like, ‘She’s a fatter version of Taylor Swift,’ or ‘If Taylor Swift gained 20 pounds,’ or just things along those lines,” Calaway shared on the "Steve Harvey Show."

What many of these commenters probably didn't realize is that at the age of 10, Calaway began struggling with anorexia and bulimia, struggles it has taken years to overcome. But, through her faith and the Atonement, Calaway finally began realizing her worth as a daughter of God, a truth that helped her overcome her struggles.

That's why, when Calaway was asked to participate in a scripted part of the "Steve Harvey Show," she felt it was important to share her testimony—a segment the producers decided to take out of the show. On Facebook, Calaway shared:

Here is my bit from the Steve Harvey show. I was basically handed a scripted question right before the show and given parameters. One thing that was CUT out, was something that I wish more people would understand: We are all children of God, we should love and treat each other accordingly. God does not compare us, and He loves us all the same for the person we are inside, not our exteriors.

Ask Steve: I got called every name you could imagine #BullyingEndsHere Posted by Steve Harvey TV on Monday, February 29, 2016