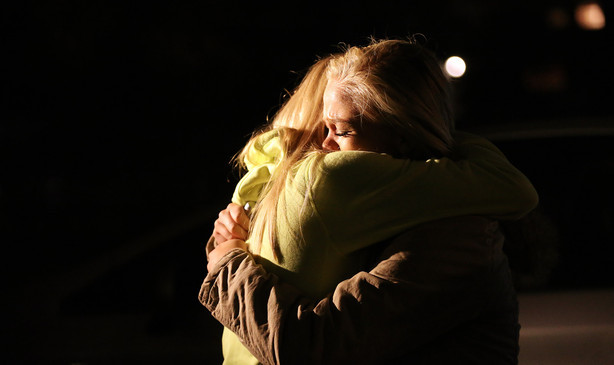 "He was the happiest kid, he never wanted anyone to be sad," Marty Bodell said of Ethan Fraga, a ward member and friend who was recently killed in a rollover along with Lexie Fenton.

"Our hearts are broken at the loss of our dear sweet Lexie Sage Fenton," her family said in a prepared statement Monday afternoon. "We know that Lexie was welcomed and embraced by our loving Savior and that we will see her again."

Hundreds of teenagers gathered to comfort one another at Draper Park Sunday to mourn the deaths of two Corner Canyon High School students.

The teens were killed in a one-car rollover late Saturday when they were thrown from the vehicle that was carrying five 16 year olds.

Ethan Fraga and Lexie Fenton were remembered as popular students known for their happy personalities and kind attitudes Sunday as their friends and classmates met. Despite the rainy weather, a steady stream of people flowed in and out of the park throughout the evening, their cars filling surrounding neighborhoods when lots overflowed.

Some teens carried flowers or small lights. Many wrote messages on balloons before releasing them into the night air.