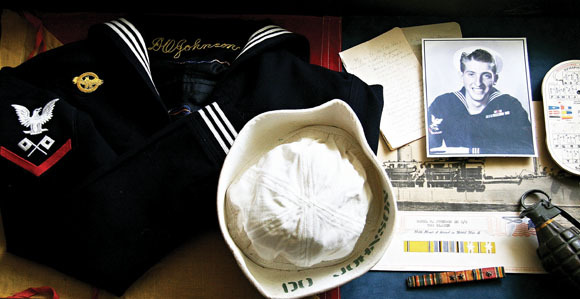 On a cool day on the Pacific Ocean in 1946, a young sailor, Darel Orval Johnson, celebrated his 20th birthday—twice. His ship, a troop transport, was ferrying marines a few months after World War II finally came to an end. Busy with his duties as a U.S. Navy signalman, he didn’t blow out any candles or open any gifts, but he did note that because they had just passed the international date line, the calendar remained February 1.

Now 87 years old with gray hair and a gentle smile, the former sailor recalls that milestone with particular fondness. “That’s always been special to me,” he said with a chuckle.