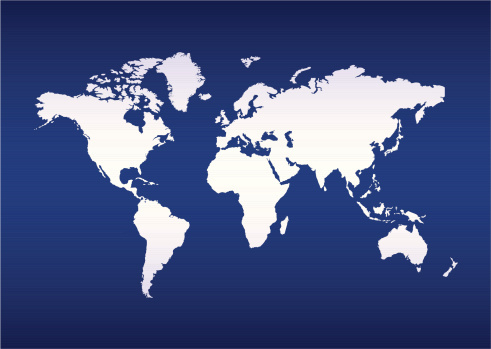 See The Countries the First Presidency & The Twelve Visited in 2014

The First Presidency and Quorum of the 12 travel the world meeting with members and doing good. Find out all the neat places they visited and things they did in 2014!

5 Quotes That Show the True Character of the Prophet Joseph

Latter-day Saints often learn that Joseph Smith was generous and charismatic, but there is no better way to learn about his attributes than to study his own words. Here are five quotations from Joseph's own writings that reveal more about his character:

1. “I was grieved to hear that Hiram [Hyrum Smith] had lost his little Child I think we Can in Some degree simpathise with him but we all must be reconciled to our lots and Say the will of the Lord be done.”

By 1832, Joseph and Emma Hale Smith had three children born to them. All three died, either soon after birth or in infancy. In addition, Joseph Murdock, one of the twins Joseph and Emma adopted, had died just a couple of months earlier at the age of 11 months. No wonder Joseph said that he could sympathize with his brother Hyrum and sister-in-law Jerusha, who lost their nearly three-year-old daughter, Mary, in May 1832.

These experiences gave Joseph an increased empathy and the ability to mourn with those than mourn.

-->Learn more about the Prophet

11 Unique Nativities You Can Only See on Temple Square (Photos)

At least seven nativities decorate Temple Square, not to mention the hundreds of luminaries that line the pathways, depicting scenes from the first Christmas night. Among these are five ethnic nativities displaying scenes found in Native American, Oriental, European, South American, and Native New Zealand culture. In addition, a pure white nativity sits amidst the flickering electric candles floating in the reflection pool, and a life-size nativity decorates the lawn beside the tabernacle where you can hear the nativity story play every 15 minutes.

We loved these new gospel-oriented books that are definitely classics in our households now. And they're all 20% off! Did you know that Elder Holland has released a new book? It’s simply phenomenal. Imagine sitting in your living room having a heart-to-heart with Elder Holland. That’s his new book, To My Friends. And if you haven’t read Sheri Dew’s Women and the Priesthood yet, you’re missing out on some great inspiration. Check out our list of the must-haves for your new device!

Over 700 families, organizations, and companies from all over Utah donated trees and gingerbread houses that were displayed and sold the first week of December. Every cent raised went to support children at Primary Children's Hospital. Since 1971, this event has raised over $35 million, and last year alone, it raised $1,871,546.91.

While it is impossible to cover all of the incredible trees and stories submitted to this year's Festival of Trees, we've compiled a few photos of some of this year's displays that exhibited a little extra Mormon flare.