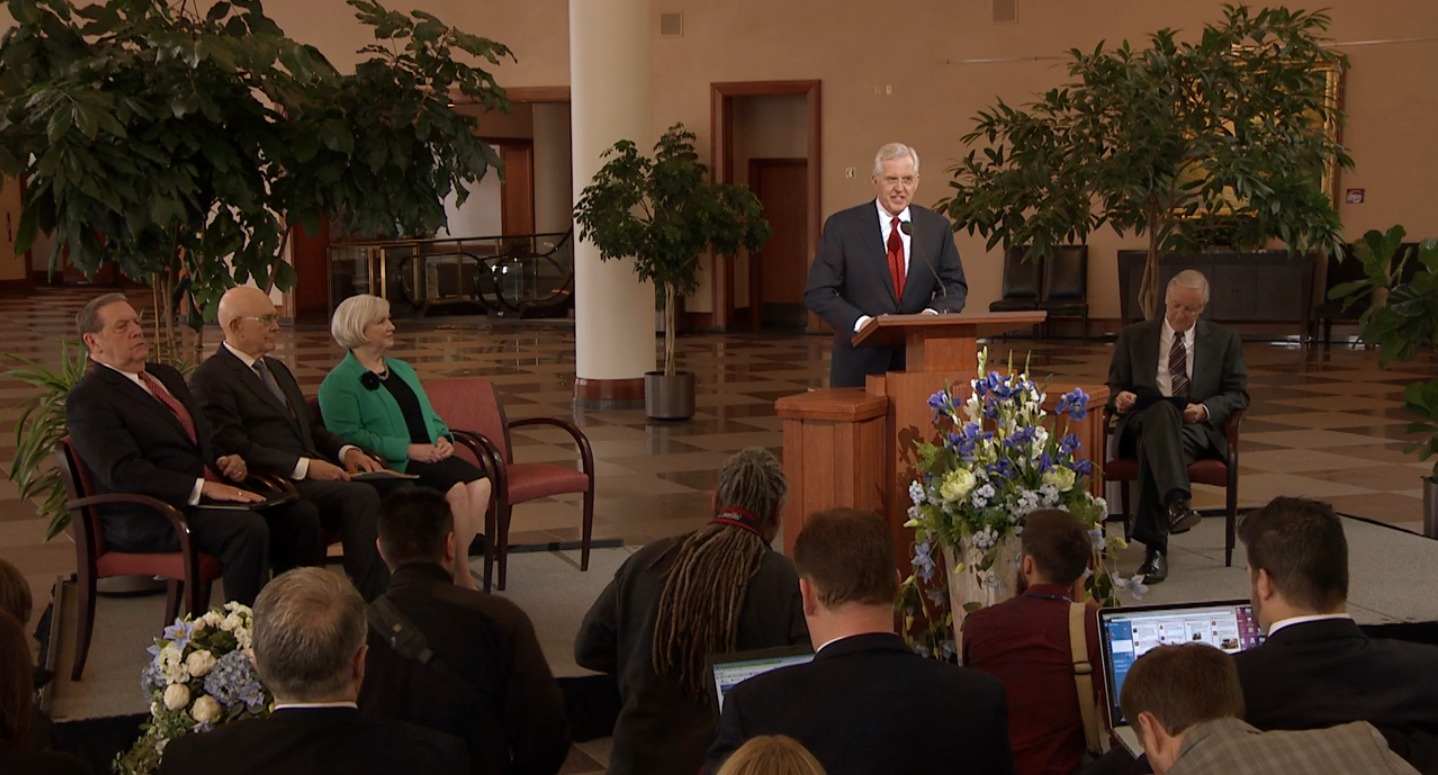 On Tuesday, the Church held a special news conference on Temple Square about "Religious Intolerance and Discrimination." Speakers at the conference included Elder D. Todd Christofferson, Sister Neill F. Marriott, Elder Dallin H. Oaks, and Elder Jeffrey R. Holland. Each took a few minutes to share some of the churches thoughts on the increasing concern over the place of religious freedom in our society.

The overall message of the conference was to support legal actions that affirm LGBT rights while still protecting religious freedom. As Elder Oaks put it in his statement, "When religious people are publicly intimidated, retaliated against, forced from employment, or made to suffer personal loss because they’ve raised their voice in the public square, donated to a cause, or participated in an election, our democracy is the loser.”

-->Read all the highlights and watch the news conference here

This week, Catholic Archbishop Charles J. Chaput shared some thoughts at a BYU address. In the address, "He called on Latter-day Saints, Catholics and all believing people to renew and live their faith and develop 'mental toughness' so they can live as examples and engage confidently in the public debate about religious liberty," the Deseret News reported.

Archbishop Chaput is also on record as saying, "We have a Mormon leader who is talking about how Mormons keep families together," he said, "because they have a great reputation when it comes to family life."

-->See what else Archbishop Chaput had to say

LDS.org to Get a New Look

It was reported this week that LDS.org is getting a new look in a release scheduled for early February, the first in a series of improvements meant to make the official Church website more personalized and easy to use. Take a sneak peek at what the alterations will look like:

-->Learn more about the changes

Elvis didn't relish his title of King.  As he said, “there is only one King,” and that was Jesus Christ (Brother Paul’s Mormon Bathroom Reader, Paul B. Skousen, 2005).

Deeply religious and a heavy reader of spiritual topics, Elvis showed considerable interest in the LDS Church and maintained many close connections with Mormons.  In fact, after his death, a copy of the Book of Mormon was found in his room with the message, “Priscilla needs to read this” written within the well-worn cover (Brother Paul’s Mormon Bathroom Reader, Paul B. Skousen, 2005).

Elvis received his first Book of Mormon through the gates of Graceland, his home in Memphis.

-->Find out what he did with the book