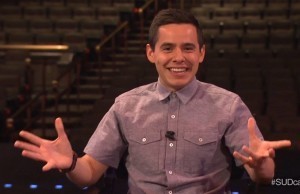 In a new essay released [this week], "Translation and Historicity of the Book of Abraham," the Church addressed some concerns over the historical accuracy and translation process of the book of scripture, which was canonized in 1880.

Earlier, in 1835, entrepreneur Michael Chandler came to Kirtland, Ohio, selling ancient Egyptian artifacts. The Church purchased several mummies and papyrus scrolls--the remainder of the collection being sold. The article says, "After Joseph Smith examined the papyri and commenced 'the translation of some of the characters or hieroglyphics,' his history recounts, 'much to our joy [we] found that one of the rolls contained the writings of Abraham.'"

No record or eye witness account of how the translation took place remains, and expert analyses of the text in conjunction with the papyri fragments it was "translated" from have caused many to question.

--->Read the response to these concerns here.

Have you read the Church topic page about suicide? The page includes the Church's official stance (in essence, that it's wrong to take one's own life, but that only God can judge a soul's individual responsibility), along with talks, scriptures, and supportive material for those struggling with suicidal thoughts or the suicide of a loved one.

David Archuleta: What I Look For in a Wife

In a recent Facebook event, #LDSface2face, David Archuleta took questions from fans. And of course, it had to be asked: what is he looking for in a wife? David answers:

"Obviously, I don't know if it's cheesy, but I think someone needs to love the Lord." He expounds, "It's a given; they need to love the Lord more than they love me. Then they'll have their priorities set. And if they do that, then we can make the same kinds of goals together in our family. I feel like that lines a lot of things up."

He also lists, "Someone who is confident, sure of themselves, carries themselves well." And, "Someone who's fun to be with, who can make me laugh. That's important, too."

--->Read more of his responses and find the full video here!

11 Reasons You'll be Glad You're Mormon During a Zombie Apocalypse

It's been said that Mormons would fare well in a post apocalyptic world, but we think that there's more to it than just food storage. See how Mormons will have a leg up on the competition if brain-eating zombies walked the streets.

Virtually everyone in the Church has some affilation with scouting. Think about it--all the den mothers, Scout-Masters, scouts, moms of scouts--we're a survival force to be reckoned with! At a minimum, I've heard zombies are fascinated by square knots.

Our leaders have been telling us for years how important it is to have a one-year food supply stowed away in our basement. And while it may be hard to digest a bowl of macaroni and cheese while thinking about your neighbor-turned-zombie eating your brain, hey, it's still food.

Blogger Greg Trimble addresses the five most-heard justifications for why people leave the Church of Jesus Christ of Latter-day Saints, and bears powerful testimony of why those reasons aren't good enough to turn away from the blessings of the gospel.

For example, under 1. Being Offended:

If you find yourself being offended often, then ask yourself an honest question; “Do I get offended often in other aspects of my life?” You’ll probably notice that it’s people in general that bug you, not just Mormons. Unless you just bolt yourself inside your house and buy a golden retriever, no matter where you go, you’re going to run into people that bug. Weird people are everywhere…in every church. Look at this fact as an opportunity to be Christ-like and forgive those people that are not being very nice to you…but don’t leave the Church because of it. How sad it would be to know at the end of your life that you deprived your kids, your friends, and everyone else within the Church…not to mention the Lord all the blessings of your presence at Church because of one oblivious person, and your choice to be offended.

Church Stance on Those Who Commit Suicide