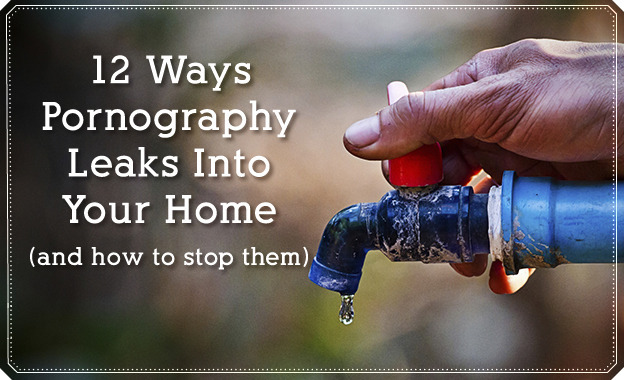 Our neighbor (and fellow ward-member) told us the story of how her young boy (he's only in the second grade) was exposed to pornography.

Pornography… in the second grade.

As I've had a few weeks to recover from the initial shock of the moment, I realize it's impossible to put my children in a bubble and protect them from everything bad in the world (even though I plan to try my hardest for as long as I can).

But I can make a plan to keep pornography out of my home.

10 #TrekProbs Tweets That Would Make the Pioneers Laugh

Amidst all this gospel sharing, Mormon communities have formed online, uniting LDS members from all over the world. Among these group are the #twitterstake and #mormonprobs hashtags on Twitter.

This summer, LDS youth everywhere are trading in their cell phones and video games for bonnets and handcarts and going on Trek. These LDS youth have shared their hilarious trek experiences with everyone through these hilarious #TrekProbs tweets.

A Utah Amendment was overturned last December by U.S. District Court Judge Robert Shelby, which meant that same-sex marriage was temporarily allowed until an appeal was made to the U.S. Supreme Court and the ruling was stayed. The case was then handed over to the 10th Circuit Court of appeals, where the amicus brief was submitted.

This week, the Deseret News National edition reported that despite the brief, the 10th Circuit Court of Appeals upheld the decision to allow same-sex marriage in Utah.

In response, the Church issued a statement defending the sacred nature of marriage.

What Venting About my Husband on Facebook Taught Me

This time last year, a study came out linking Facebook to divorce. Only two years before that in 2011, we learned that one-third of divorces now mention Facebook in the proceedings, up from one-fifth in 2009.

I can’t recall what exactly I posted, but I do remember that my husband and I’d had a disagreement and that I decided to vent about my perspective on my Facebook wall. I took precaution to make sure he was excluded from the posting (so he couldn’t see my rant), but anyone else I was Facebook friends with—my friends, my husband’s friends, our family members—could check their newsfeed and know that we were arguing, and that I was upset.

Thankfully, instead of validating my anger, the very first comment went something like this: “Not sure that this is something appropriate for you to put on Facebook.”

-->Find the rest of the story here.

This week, Elder Nelson announced four significant changes to the way that missionaries teach those who desire to come unto Christ. Using the analogy of a heart surgeon who can't perform an operation alone, Elder Nelson discussed how for someone to successfully convert to the gospel of Christ, one needs the support of the bishop, ward council, ward missionary leaders, and full-time missionaries.

Elder Nelson hopes that by adjusting the standards of missionary discussions, testimonies will be strengthened and lead to long-lasting conversion.

-->Click here to read what those changes will be!