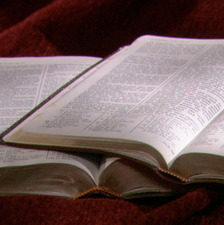 The First Presidency announced March 18 the publication of the Kosraean Book of Mormon — the first book of scripture available in that language — on LDS.org and the Gospel Library. Printed copies will be available in July. Kosrae is an island in the Federated States of Micronesia.

Haris Rožajac, of Sarajevo, Bosnia, will be the first missionary from Bosnia and Herzegovina to serve a mission for The Church of Jesus Christ of Latter-day Saints.

Rožajac, 22, received his mission assignment on Feb. 27 to serve in the England Manchester mission. He will report to the Preston, England, Missionary Training Center on June 11.

Most of us are probably familiar with the term "free agency" from Sunday School classes or children trying to assert their independence. But is agency really free?

There are several scriptures that may have influenced Latter-day Saints to start adding the word free onto agency. 2 Nephi 2:27; 10:23, D&C 58:27, and Helaman 14:30 all mention some variation of each of us being free to choose or act for ourselves. However, D&C 101:78 describes this principle in a different way that has recently become more widely used by Church leaders and in Mormon circles: “that every man may act in doctrine and principle … according to the moral agency which I have given unto him, that every man may be accountable for his own sins” (emphasis added). Who was the first person to use this phrase, and how has the way Latter-day Saints think about agency changed over the years?

-->See how the phrase evolved into what it is now