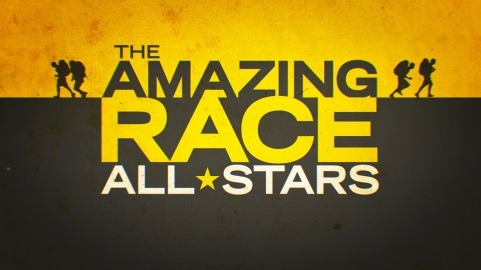 Dave and Connor O'Leary recently overcame multiple obstacles and broke multiple records to come out on top in the reality TV show "The Amazing Race." The O'Learys are the first father-and-son duo and the first Mormon team to win the $1 million prize.

Both father and son are cancer survivors, and they've had overwhelming support from the Mormon community and audiences everywhere. They beat incredible odds after a great season, where they kept a spot near the front of each leg of the race. The last challenge of the race was for Dave O'Leary to skydive to his father at the finish line.

Even if you pass Temple Square every day (as we do coming in to work), there are still so many things you might not know about Salt Lake City's center--like that there's a marker on the southeast corner that is the official center point of Salt Lake City. Or that Tabernacle was once the world's largest hall unsupported by columns. Or that the Joseph and Hyrum Smith memorial statues were once kept in the sculpture niches of the Salt Lake temple.

There's so much history to be found on Temple Square, and much of it is overlooked. We've compiled a list of 40 little-known facts so that the next time you visit, you can better appreciate all there is to see.

What Not to Say to Childless Couples

Not being able to have children for whatever reason is a sensitive topic for couples who go through it, and it can be especially hard as members of the Church, where raising a family is frequently discussed and encouraged. Even outside the Church, though, there are certain things that, when said, trigger pain and heartbreak.

Four childless women wrote this article to help family, friends, and fellow Church members know what not to say to childless couples, in order to offer support without saying things that might be hurtful or inappropriate.

-->Read the article here! You might also want to check out What (and What Not) to Say to Someone Who Experiences Same-sex Attraction

When Shawn Bradley, one of the tallest players in NBA history and a member of the Church, didn't rise to the Hall of Fame as was expected, many accused him of just not having his head in the game. In a recent interview with ESPN, Bradley wholeheartedly agrees with that assumption. He didn't put basketball first. In his life, what always comes first are faith and family.

Bradley has no regrets about giving up his NBA career to serve a mission and then raise a family. He hopes to show through his actions that a successful life doesn't depend on sports and fame. The interview reveals details of his life that exemplify that principle, like when he refused to go to a mandatory meeting the team held in a strip club--losing $10,000 in fines but maintaining his integrity. Bradley shows that success comes from being true to yourself and true to your faith.

7 Risky Apps All Parents Should Know About

This is the age of technology, and the "youth of Zion" are especially adept with their phones and iPads, often using the technology at their fingertips to uplift others and share the gospel.

But there are dangers that come with handheld devices, too, and when they come in the form of apps, it can be difficult for parents to monitor what their children are doing online. Here we've compiled a list of seven risky apps that all parents should be aware of.