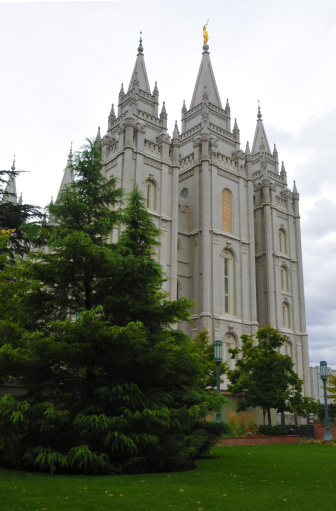 Church PR Spokesman: Context Missing From the Discussion About Women

On Thursday, Michael Otterson (Managing Director of Church Public Affairs) released a five-page letter to address the Church's concerns about the context missing from many online discussions about women and the Church.

The document responded to three specific criticisms that the Church faces: that the Church only wants to hear from women who are "blindly obedient"; that there is nowhere for women who don't feel safe in their wards to have conversation about some of their negative experiences; and that by not engaging with the more extreme groups, the Church is not acting as Christ would.

Star Wars, The Sandlot, and The Princess Bride may be renowned by audiences everywhere, but it seems like we Mormons have an extra fondness for them. We compiled a list of eight non-LDS movies that Latter-day Saints love and discuss why we think they have such a strong LDS following.

"It is critical in this first year that both partners try to listen and understand. The way you react now will determine whether your spouse will be willing to bring things up again in the future. And it would be a great comfort to both of you if you knew that your marriage had an 'open door, open mind' policy" (John Bytheway, What We Wish We'd Known When We Were Newlyweds)

We found gems like that and other quotes from general authorities, motivational writers, and our readers to offer advice to all you newlyweds out there, from those who have been in your shoes.

-->Find more and add your own advice here!

2014 and 2015 are going to be great years for temple dedications! Of the 27 temples announced or under construction, 9 of them are set to be completed and dedicated in the next 18 months or so!

It's been fun to watch the progress of their construction through ldschurchtemples.com. Be sure to keep an eye on their site for more updates and info about each temple. In the meantime, we put together the latest construction update photos for you to see. Hopefully they make you as excited as we are to someday see these houses of the Lord in their full glory!

We Mormons really do have our own brand of problems, don't we? As a follow-up to our last #MormonProbs article, we found ten more hilarious tweets that sum up the Mormon experience.