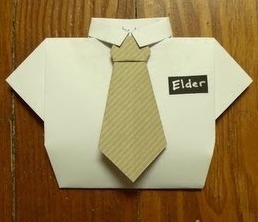 Why I Didn’t Marry an RM After All

Back when I was in the Young Women program, I remember being told that RM needed to be at the top of my dating criteria list. Supposedly, dating and marrying an RM meant that my husband-to-be would honor his priesthood, love the Lord, and be everything a good Mormon girl wanted—short of being Prince Charming himself.

But I didn’t marry an RM.

It wasn't for lack of choice—I attended BYU for four years. There were RMs aplenty, and I dated my fair share. Missionary service was one of the things I asked my dates about, mostly because it made for easy conversation.

But that got me into trouble, more than once, when I asked sweet, active members about their missions—and they hadn’t served or had returned home early. It was always awkward, and I felt terrible for intruding into something they clearly found painful. What was a girl to do?

Enter Mark. He was a quiet boy, but sweet, and as I later learned, he had a crush on me from our first meeting. He also had a secret: he hadn’t served a mission. As we got to know each other throughout the semester, he felt ashamed of his past and was afraid to tell me that he hadn’t served. More than once, he had experienced rejection at the hands of other LDS women who’d also been told, “RM or bust.”

--> Read more of this personal and honest story here.

3 Mormon Origami Projects for Your Next Church Activity

Origami (pronounced or-i-GA-me) is a Japanese word that means “to fold paper” and is known as the Japanese art of folding paper into shapes representing objects. Paper folding has been practiced for thousands of years, first beginning between AD 100–200 in China. But even though origami began in China, it didn’t become widely popular until the Japanese took a liking to it in AD 600.

In the beginning, when paper was first invented & was expensive, origami was used for religious occasions such as weddings & Chinese tea ceremonies. But today, origami can be found in all types of settings, such as schools, churches, art galleries, and museums.

I hope you enjoy folding the designs in this book, which come from stories in the Book of Mormon, LDS Church history, and modern-day temples.

--> Get these fun, scripture-inspired origami patterns.

--> Check out the rest of this hillarious list of Mormon mentions on sitcoms.

Royals pitcher and active Mormon, Jeremy Guthrie, led his team all the way to the final game of the World Series this year.  His was an improbably story, a Cinderella story in the truest sense, a story of faith, service, and devotion.  Jeremy Guthrie has attracted the fascination of sports magazines throughout the world.  Sports Illustrated recently published an article on Guthrie focusing on his Mormon missionary service.  As his fame rises, so has public interest in the LDS church.

--> Read the article to find out what Sports Illustrated has to say about Mormon missions.

The Truth Behind the Tragedy at Hawn's Mill

On October 30, 1838, more than 200 Missouri militiamen attacked the Hawn’s Mill settlement located on Shoal Creek in Caldwell County, Missouri, where dozens of Mormon families lived. On that day, the Missouri militia opened fire on the small community, shooting into the small crevices of the blacksmith’s shop where several Mormon men and boys had taken refuge.

The organized Missouri militia then entered the building to execute more. At the end of the horrific slaughter, 17 Mormons lay dead in pooled blood, more than a dozen others were wounded, some Latter-day Saint women were assaulted, and many Mormon men, women, and children had fled or hid in the woods. It was the violent crescendo of the 1838 Mormon War in Missouri.

In the days preceding the attack, Missouri militia visited Jacob Hawn’s Mill. (Hawn, whose name has historically been misspelled as Haun, was an early settler in Caldwell County and established a milling business there prior to the Mormons’ settling in that location. He was not a church member and never joined the LDS Church.) The militiamen threatened and disarmed the Mormon residents. These pre-massacre initiatives suggest that the militia planned to act before Missouri Governor Lilburn W. Boggs issued the Extermination Order on October 27, 1838.

--> Read more about these tragic and startling events.