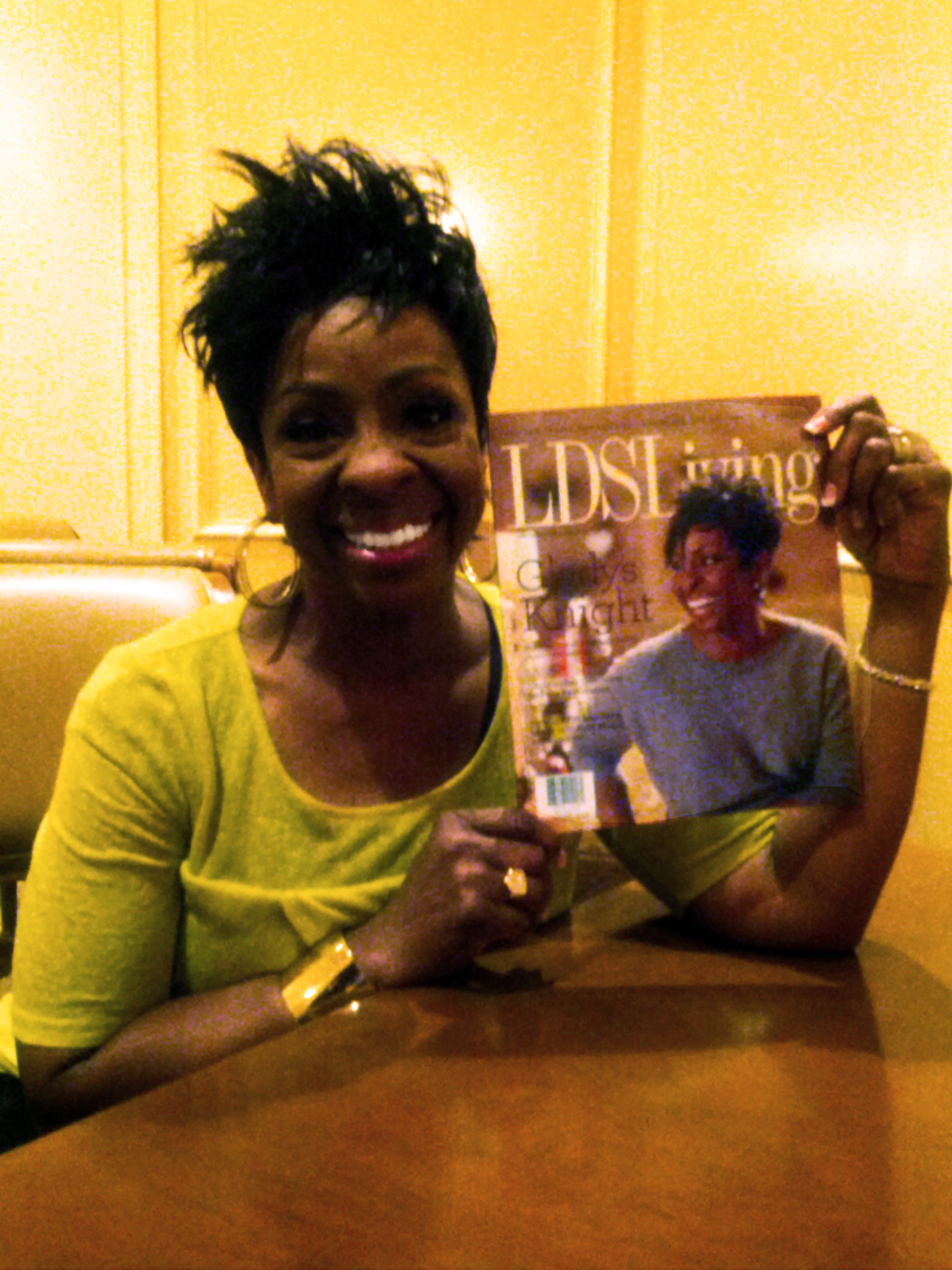 Gladys was first introduced to The Church of Jesus Christ of Latter-day Saints by her children--and she loved the simplicity of Gospel concepts, in particular, the slogan CTR.

As an adult convert, Gladys Knight was first introduced to the concept of the CTR reminder ring through her grandchildren. She recalls, "One of the kids was wearing a little CTR ring, and it was a little one because they were in Primary then. And I thought wow, what a concept."

Though still new to the Church, immediately she said, “'I want one of those.' And then I found out that you could have one of those, it wasn’t just for the kids!"

But just how did her gold and diamond CTR ring come to be? "My daughter had a friend that she went to high school with who turned out to be a jeweler. So I took the basic ring to him, I said, 'I want a diamond CTR ring.' And he said, 'Well, I don’t know. The shape of it kind of limits you.' And I said, 'I’m not talking about a diamond ring like a diamond ring, I just want it.' So he made this for me. And I came back to get it and I’ve worn it ever since."

When Your Child Doesn't Fit the Mormon Mold

My 15-year-old son has long, shaggy hair that comes to his shoulders. And most of the time, he refuses to wear a tie to church.

As a parent of a child who doesn't fit the ideal Mormon mold, it is sometimes painful to watch how fellow Church members react to my son's appearance.

Don't get me wrong. Most people are trying to be encouraging and good natured about it, but without fail, every Sunday there is someone who can't resist commenting on my son's haircut (or lack thereof) or his outfit. When this happens, I cringe.

Editor's note: This new Mormon message has been taking the LDS scene by storm and has seen a number of different reactions. Watch it now, and see what you think.

1. They Are Not All the Same Person

Sure, you know in theory that every human being is a complicated piece of work, but in practice it's always easier to lump together those who belong to a group a) we don't understand, b) we don't like, c) we do like, or d) whose constituent members dress almost exactly the same.-->Read more missionary myths here.

Adoption: What Changes to LDS Family Services Mean for You

Since she and her husband, Josh, already had two biological children, she assumed adoption’s “roller coaster of emotions” wouldn’t give her the same legendary rushes of sorrow and joy.

“Boy, was I wrong,” she says. “Adoption comes with the highest of highs and the lowest of lows. There are so many emotions—emotions you never thought you’d have. It’s bittersweet. And as with every happy event, there is always that tinge of guilt or pain on both sides.”

In fact, after the successful adoption of her daughter Alayna, she says the guilt “overwhelmed my entire being.”

“I had a really hard time feeling like I took Lauren’s baby from her,” she says, speaking of Alayna’s birth family. “But in reality, Alayna was into our family by Lauren and Matt. She wasn’t taken away.”