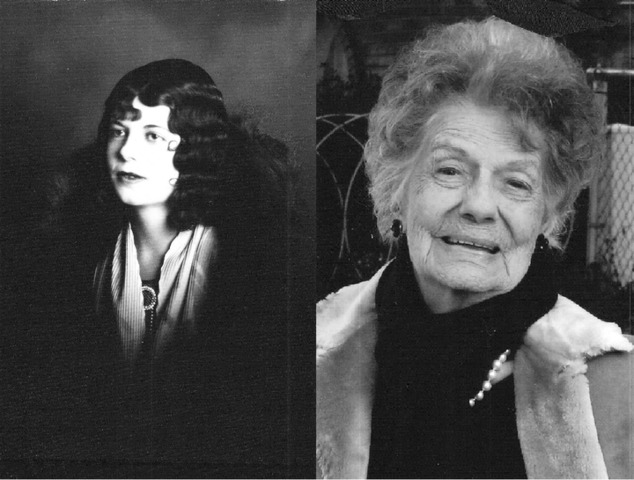 In September of 1908, Henry Ford produced his first Model T automobile. The following month, the Chicago Cubs won the World Series (they haven't won another since). And on November 3rd, William Howard Taft was elected as the 27th President of the United States.

The next day, Grace Bishop Simkins was born.

Ever since her birth on November 4th, 1908, Simkins has not had an easy life. Even before she came of age during the Great Depression, her trials threatened to overwhelm her. Her eldest brother died during WWI, and her second brother was lost in a train accident. Despite their tremendous grief, Simkins' parents left a lasting impression on their daughter by their decision to lean upon the Lord and put their trust in Him.

"It was a tremendous example of the power of positive, faithful thinking," she said.

This outlook stayed with Simkins throughout her life, allowing her to recognize the miracles that occurred. As a young mother, she was in a car accident with her two small daughters. After being broadsided by a bus, Simkins' car was nothing more than a twisted mass of metal--but she and her daughters survived with minimal injuries. This experience impressed upon Simkins a renewed responsibility to honor her time with family.

Later in life, Grace was spending a day with one of her granddaughters when she experienced a major heart attack. Though initially sure her time on earth was quickly drawing to a close, she received a priesthood blessing from her son and grandson. Of that experience, she said, "I felt my Heavenly Father wanted me to live and had other plans for me. I shudder when I think how close I came to death. Many times I've offered thanks to my dear Heavenly Father for the greatest of all gifts--my life. I feel His spirit around me and I know that He loves me."

Simkins has served the Lord her entire life. Her affinity for the piano has blessed many congregations, she's joyously worked in the temple with her husband, Vergene, and she's raised her children to serve missions and continue faithful in the Church.

This November, Grace celebrated her 107th birthday. Her family believes, but cannot prove, that she is the oldest woman in Utah. Through her 107 years of experience on this earth, she can say with conviction that she loves the gospel of Jesus Christ. "It's given me the strength and perspective to live my life the way Heavenly Father intended," she said.

Mormon Life MiracleMiracle,Mormon Life
Comments and feedback can be sent to feedback@ldsliving.com