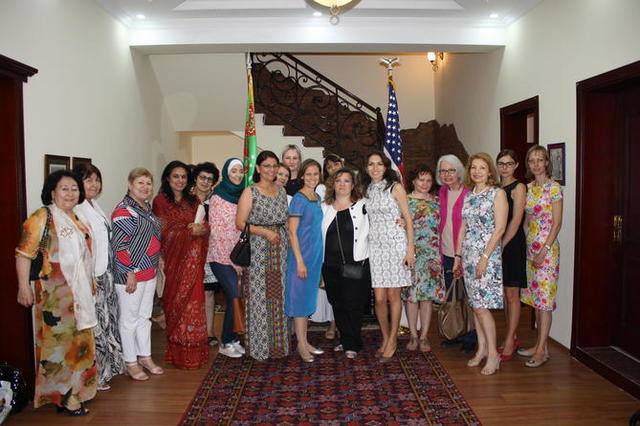 LDS Woman Given Secretary of State Award for Work in Turkmenistan

From living in Bosnia, Serbia, and Japan to helping improve writing skills and the lives of the disabled in Ashgabat, Turkmenistan, Allison Stimmler has seen much and changed much in the world we live in today.

Allison “Sunny” Stimmler has lived in Japan, Bosnia, Serbia, Turkmenistan and Bulgaria, but she has been “going home” to Utah her entire life.

The SOSA was created by then-Secretary of State James Baker and his wife in 1990, according to information from the award committee.