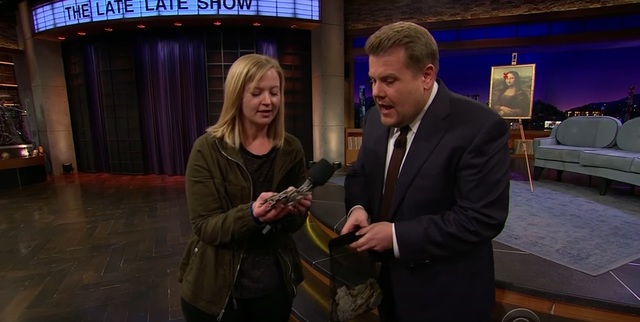 When LDS friends Gretel Evans and Emilee Tanner applied for tickets to The Late Late Show with James Corden, they had no idea they would end up making such close connections with the cast and crew.

After scoring front row seats for the 5 p.m. taping, the friends enjoyed the excitement and energy of the cast and crew. 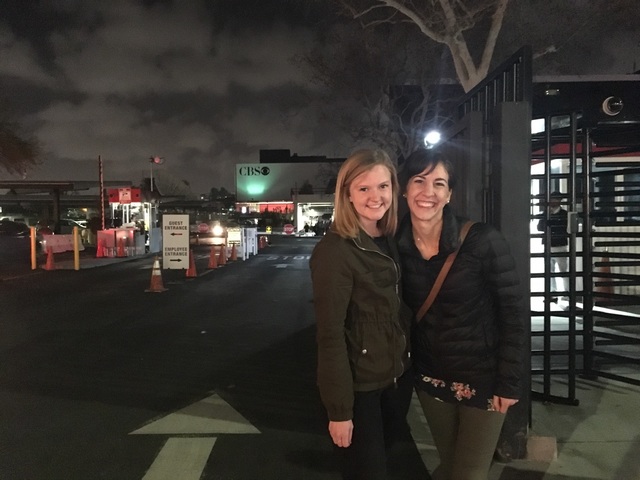 "It was interesting to watch James; he clearly was having fun and joking around with his cast, but he knew when to be serious and listen to direction from the crew," Evans says.

During the filming, Tanner was excited when James Corden selected a person to help him with his magic puzzle just a few seats from her. "Then he went to choose someone from the audience and he chose a girl a few seats down and we were like, 'Yay for that girl. Maybe we will be in the background of some shots—Pretty cool!' But he forgot to grab the microphone so they had him start over. When he went to ask for someone from the crowd again we just assumed he would pick the same girl."

As a joke, Tanner rose her hand high when Corden asked for a volunteer and was astonished when Corden picked her.

"Is this really happening?" That's the thought that ran through Tanner's head. "It was pretty amazing! I was shocked that he picked me and felt pretty bad that I just stole that girl's moment. But it was so much fun to be on the show. He has such great energy and seems like a really nice guy."

Evans adds her reaction after Tanner was chosen from the audience: "I thought, 'This is unreal! James is touching her forehead, what!?' But it was also very surprising how natural it felt interacting with these celebrities."

Aside from Tanner's hilarious few minutes with James Corden, the two friends also had a fun time with his friendly and funny crew. 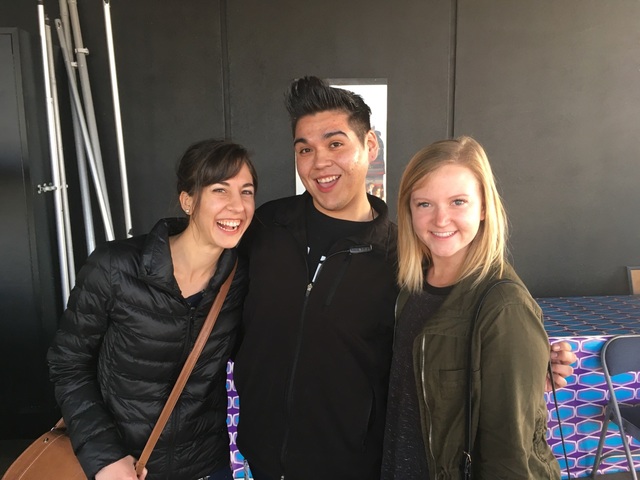 Lead image a screenshot from the video above. All other photos courtesy of Gretel Evans.