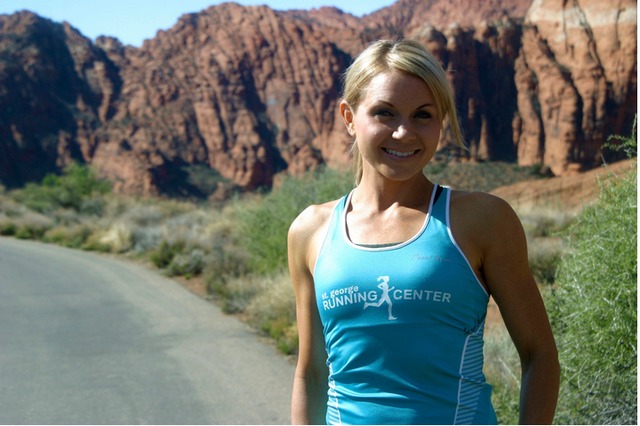 Amber Green became a runner in the way that many people do these days. She wanted to run a marathon, just to see if she could. She ran the 2000 St. George Marathon, shortly before her 20th birthday, in 4:23:37, and she figured that would be the end of her running career.

Green played volleyball in high school, but she did not have a running background, and didn’t consider herself to be particularly active.

But like many marathoners, she enjoyed the feeling of accomplishment, and eventually came around to the idea of doing another one. As part of her honeymoon in 2002, she ran the San Diego Marathon with her husband, Matt Green, in 4:14:51. It was an improvement, but nothing that hinted at her potential in the sport.

On her fifth try and 31st marathon, Green qualified for the 2016 U.S. Olympic Marathon Trials, by running 2:41:19 at the Grandma’s Marathon on June 20. She’ll compete against the country’s best marathoners at the Olympic Trials on February 13, 2016, in Los Angeles.

Read the rest of this story at www.runnersworld.com