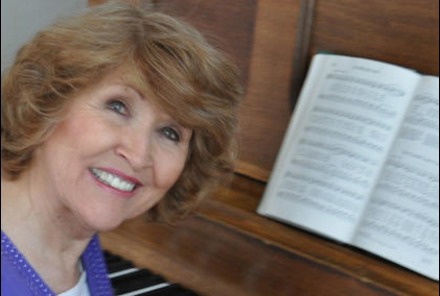 What an example of sharing your faith and talents with the world.

Prior to graduating from Cleveland High School in California in 1963, Sandi Jensen said she was prompted to attend Brigham Young University. She followed the counsel and it dramatically changed the course of her life.

Not only did she meet her husband, Brent Griffiths, in a freshman English class, but she was also mentored as a singer by Janie Thompson, legendary director of the BYU Student Program Bureau, a public relations arm of the university that spreads goodwill through entertainment.

It was Thompson who paired Sandi Jensen Griffiths with fellow student Sally Flynn, a union that eventually led to their becoming regulars as a vocal duo on "The Lawrence Welk Show" in 1968. Flynn married Clay Hart, a guitarist and country singer on the show, and after four years of performing on the show with Griffiths, Sally Flynn Hart left the show to pursue a solo career. At that point, the perky, pretty, red-headed Griffiths was teamed up with Mary Lou Metzger and Gail Farrell as a popular trio.

The "Lawrence Welk Show," with its family-oriented format, was an ideal showcase for Griffiths, an active member of The Church of Jesus Christ of Latter-day Saints.