All across the nation, over 1,500 people created wedding dresses from nothing but toilet paper, glue, tape, and thread. And a Latter-day Saint was among them.

Henry didn't ever anticipate entering in a contest where she would turn disposable toilet paper into beautiful creations. "The idea sounded crazy," she admits. Yet last year, something compelled Henry to join the competition. At the time, Henry was looking for a way she could better share her LDS beliefs or do some good in the world.

"I was looking for a mission of sorts, unique to me, and something I could accomplish at this stage of my life," the 68-year-old Henry shares. "I knew Heavenly Father could think of something so I asked for His help."

The answer came to Henry in a rather unexpected way. One day while she was online, an ad suddenly popped up for the Cheap Chic Weddings Toilet Paper Wedding Dress Contest hosted by Charmin.

And for some reason, the idea wouldn't leave her head. So Henry began looking up past contests and couldn't find a dress in the 10 years the contest had run that had sleeves. In a world where fashion trends so often conflict with LDS standards of modesty, Henry felt that she could contribute a dress that was both chic and modest.

And the results have been stunning. (Learn more about the inspiration behind and how Henry created these stunning masterpieces.) 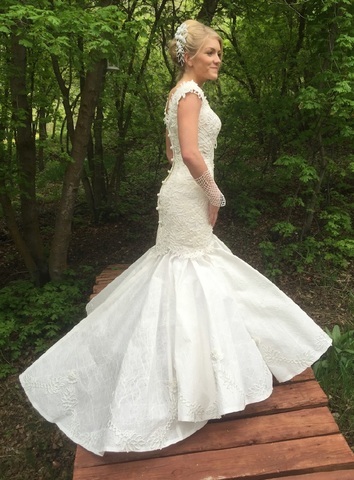 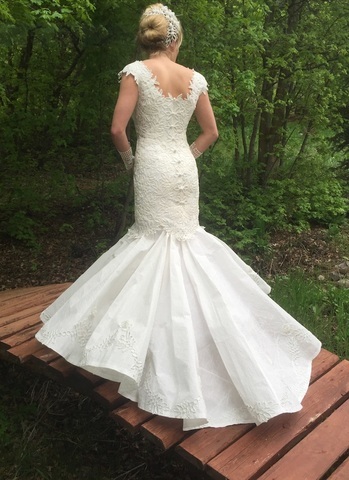 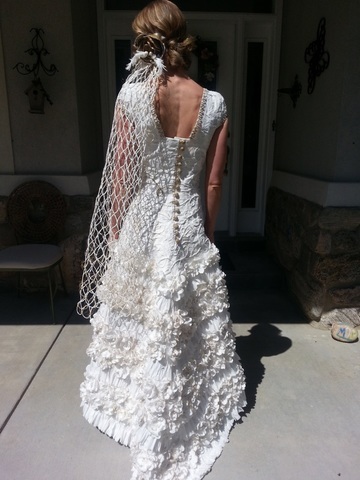 Lead image a screenshot from the video. All other images courtesy of Judy Henry.