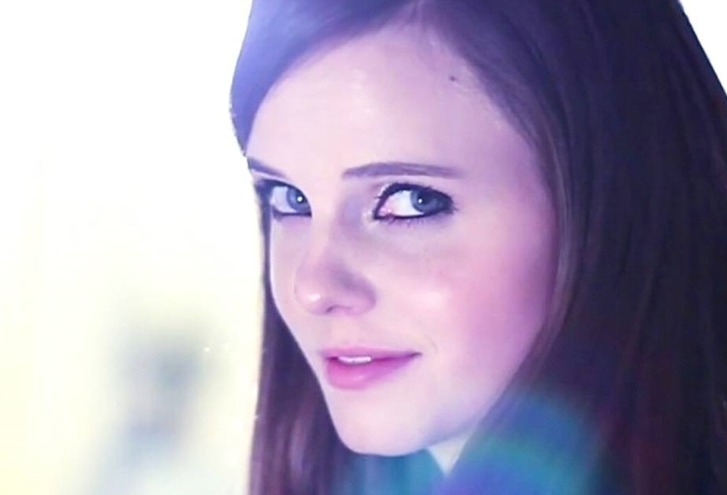 She sings for audiences around the globe. She performed in Times Square on New Year’s Eve. She has 2.5 million subscribers on YouTube, putting her just ahead of pop princesses Lorde and Sia but just behind hip-hop icon Drake. She even met Taylor Swift.

And she’s a Mormon.

The “she” in question is Tiffany Alvord, a 22-year-old who has been one of YouTube’s biggest names in music since she posted her first video in 2008 (a cover of OneRepublic’s “Stop and Stare”). In the seven years that have followed, a lot has changed for Tiffany—but her faith remains constant.

“I am a princess, [and] this is my castle,” she wrote on a beautiful nighttime photo of the San Diego Temple that she posted on her Instagram page earlier this year. “One day I plan on getting married inside one of these.” In an October 2013 video, she talked about some of her other standards. “I don’t smoke or drink,” she said. “I never have, and I never will.”

I am a princess & this is my castle 🏰👸😍 For those who dont know what this is, its a beautiful temple of the LDS church. One day I plan on getting married inside one of these. 😊💕 If you wanna find out more you can at LDS.org

Towards the end of a January 2014 video detailing her New Year’s resolutions, Tiffany shifted to a serious tone as she categorized her spirituality as “one . . . thing that’s a little more personal.” She then revealed her resolution to read her scriptures every day. “I feel like that brings me a sense of peace,” she said. “I just feel calmer.”

Calm is something Tiffany could probably use a little more of. Lately, she’s been busy touring Asia with other YouTube stars and promoting her newest album. All the while, her online videos continue to amass millions of views apiece—half a billion total.

She didn’t start out seeking stardom, but such is the nature of YouTube. In 2007, a teen heartthrob was born when an accidental click led talent executive Scooter Braun to a video of a singing 13-year-old named Justin Bieber. Since then, the website has been a leading resource for unknown musicians to find fame. “It’s amazing how many opportunities can come from [the internet],” Tiffany told the Wall Street Journal. “I think what’s amazing about YouTube is [that] . . . you have this worldwide access at your fingertips.”

Tiffany’s success with this worldwide audience has enabled her to inspire millions with her example. She frequently edits curse words and suggestive lyrics from her song covers, is modest in her dress and appearance, and even gives her church the occasional shout-out on social media.