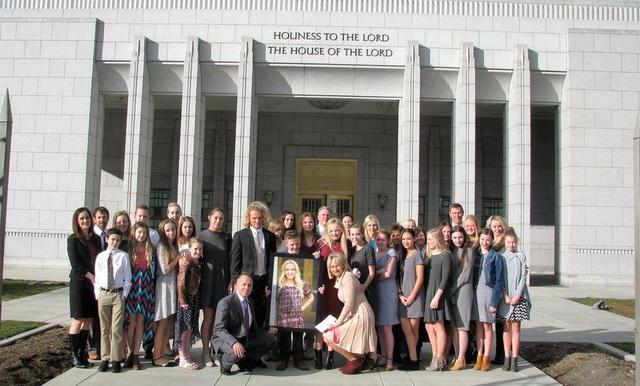 The temple is the holiest place on earth, and at a time of shocking and bitter tragedy, it may be the most comforting. Thus it was that on Sunday, Nov. 20, Young Men and Young Women leaders of the South Mountain 8th Ward, Draper Utah South Mountain Stake, felt the spiritual prompting to arrange a session at the Draper Utah Temple for the youth under their watch care to be baptized for the dead.

Only hours before, one of their number, 16-year-old Lexie Fenton, had perished in a horrific automobile rollover accident in Draper that also claimed the life of a member of their stake, Ethan Fraga, 16. Both were ejected from the vehicle and died at the scene.

Three other 16-year-old members of the ward—Hayden Gale, Romey Kelly and Lexie's twin sister, Lauren—were treated at a hospital for injuries received in the accident and then released.