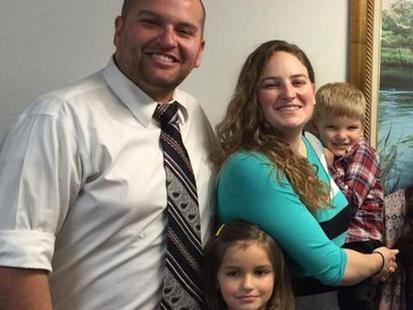 Blair, who was called along with her husband to be a ma and pa for the Rogers Arkansas Stake, suffered a heat-related seizure and spinal cord injury, according to her sister's post on Facebook. She was transported by helicopter to a hospital in Tulsa, Oklahoma where she passed away.

"This is a heartbreaking loss for the family and all who knew her," Deborah Neria, spokeswoman for the Rogers Arkansas Stake, said. "We express our love and deepest sympathies to the family. . . . We pray that they will be blessed with God’s peace and understanding as they deal with this terrible loss.”

Stake leaders, including Blair's father, monitored weather forecasts and took extra precautions when they saw the high temperatures anticipated on Monday. They began hiking earlier than originally planned and altered the schedule to include swimming and give the trek participants more time in the shade, according to the Deseret News.

"It is with heavy heart and sorrow that we share the passing of Meaghan Lee Blair. Meg was the wife of her beloved husband Mike Blair, mother to Evelyn and Asher and mine and Maureen's oldest daughter. We appreciate all of the expressions of sympathy and prayers. She lived an epic life of cheerful devotion to Mike and the kids. She was generous to a fault in life as she has been in death. While we are at this time unclear as to the next steps we will communicate as we understand better. Thank you for your support and kindness over these last few hours."

A donation account has been set up for the Blair family.

Lead image from You Caring.