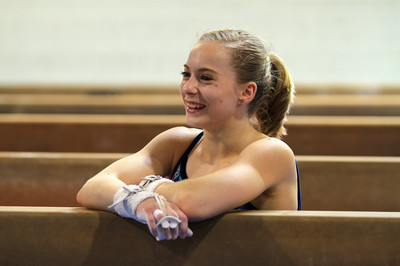 LDS gymnast MyKayla Skinner has been selected as a member of the U.S. National Gymnastics Team.

MyKayla, of the Chaparral Ward, Gilbert Arizona Higley Stake, is known for her ability to perform difficult skills, such as the double twisting double back. “Only three girls in the country perform that skill,” said Lisa Spini, coach and owner of Desert Lights Gymnastics, where MyKayla trains.

At 4-foot-9, MyKayla is earning the reputation of being a petite powerhouse. As a member of the U.S. National Team, she hopes to compete in the Olympic Games next summer in London.