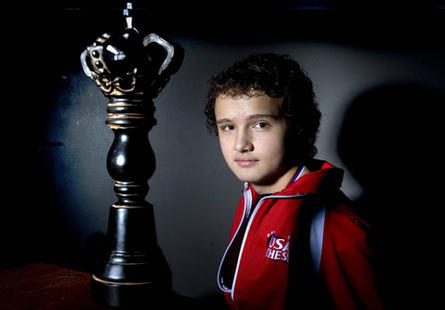 At age 5, Kayden Troff memorized multiplication tables in about an hour. He recognized a pattern and it helped him succeed.

Now, at 14, he's still recognizing patterns, as well as complex strategies, and it is earning him a top seat at world chess championships around the globe.

Monday, he and his mother returned from Slovenia, where Kayden was crowned the best chess player in the world in his age group, after winning nine of 11 games during a two-week tournament with the most highly skilled players in the world.