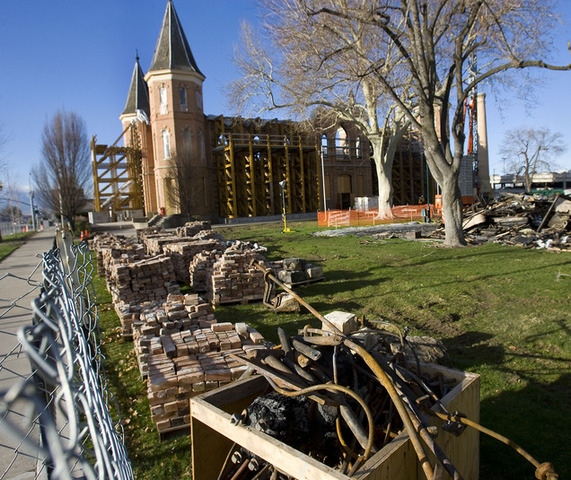 The LDS Church has big plans for downtown Provo — and they could include the faith’s fire-gutted historic tabernacle.

Spokesman Scott Trotter announced Wednesday evening that the Salt Lake City-based church has bought Travelodge Motel and Los 3 Amigos restaurant, just south of the tabernacle, to "provide options" for its still-unannounced plans in the heart of Provo.

"The church is still evaluating plans for the Provo Tabernacle and the surrounding area," Trotter said, "and will share details as they become available."