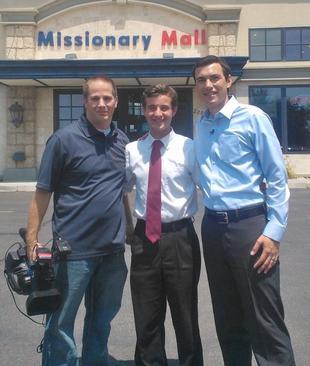 When Thomas Petrungaro walked into the Missionary Mall looking for deals on LDS mission clothing and supplies, he wasn’t expecting a miracle.

Petrungaro, who was working as an Especially for Youth counselor in Provo, went shopping with a returned-missionary friend, Kristen Ford, on July 6, one month before the date he was scheduled to enter the Mexico City Missionary Training Center of The Church of Jesus Christ of Latter-day Saints.

He had spent the previous year living in Buena Vista, Va., and working to save money for his mission after receiving a bachelor’s degree from Southern Virginia University in 2012. A convert to the LDS Church, Petrungaro said the financial aspect of serving a mission had “been of some concern.”