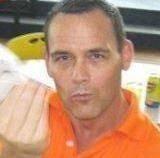 Rob Nelson, a man friends and family agree put others’ needs before his own, died June 21 while checking to see if his neighbors’ homes were holding up to the flooding Sheep River in Aldersyde, Alberta, Canada.

Nelson left his house early Friday morning and rode his ATV to his neighbors’ homes to inspect the sandbags he had help place the day before, according to the Calgary Sun.

“They were out until the early hours of Friday morning, and Rob came home to nap on the couch — and sporadically through the night, he’d get up to check the sump pump on his house,” said Mary Dougherty, Nelson’s mother-in-law, in an interview with the Calgary Sun. “Then he went out about 5 in the morning on his ATV to make sure the sandbags were holding and doing what they were supposed to.”