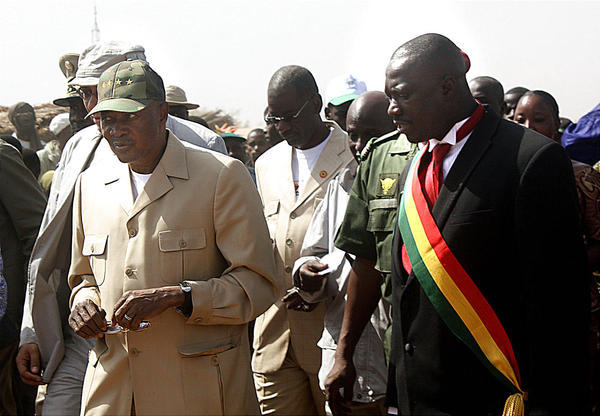 LDS leader to run for president in Mali

The first LDS leader to be elected president of his country may not be Mitt Romney or Jon Huntsman Jr., but rather Yeah Samake, who has recently announced his candidacy for the president of Mali.

Currently serving as the mayor of Ouelessebougou, Samake is in Utah for a few weeks to generate support and plans for his campaign.

"I consider Utah my second home," says Samake, who earned a master's degree and met his wife (a native of India) at BYU, and who has directed the Utah-based Mali Rising Foundation for about six years. "I appreciate and am grateful to so many Utahns for the opportunities and teachings they have given me. The things I have learned here have made me a better businessman, a better person. I am Utahn in culture, so even though this election will be held in Mali, Utah will play a big part of it," he says.

Everything Else Byu Africa PoliticsByu,Africa,Politics,Everything Else
Comments and feedback can be sent to feedback@ldsliving.com