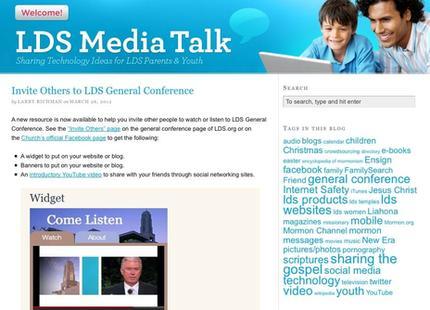 Countless LDS members and others will also be “noising abroad” their thoughts, impressions and comments through various social media tools this weekend during the 182nd Annual General Conference of The Church of Jesus Christ of Latter-day Saints. Through its website, the church is encouraging members to use Facebook, blogging, Google+, Twitter, and other social networks to promote the conference and invite others to listen to living prophets.