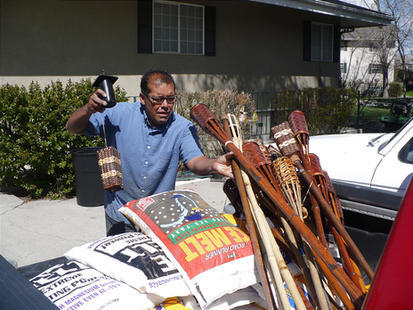 The carefully kept grounds of the Raintree Commons apartment complex were unusually calm and quiet even for finals week as Brad Adams and Carlos Montaño loaded nearly two dozen Tiki torches into the back of a red pickup truck.

"I don't think they'll be needing these," Adams said as he carried an arm full of party supplies from a storage shed to the truck. "Missionaries don't do pool parties."

Adams and Montaño were among the first two of what will be a significant number of workers who will participate in an unusual construction project — turning two Provo apartment complexes on opposite sides of Freedom Boulevard into a temporary off-campus branch of the LDS Church's Missionary Training Center.