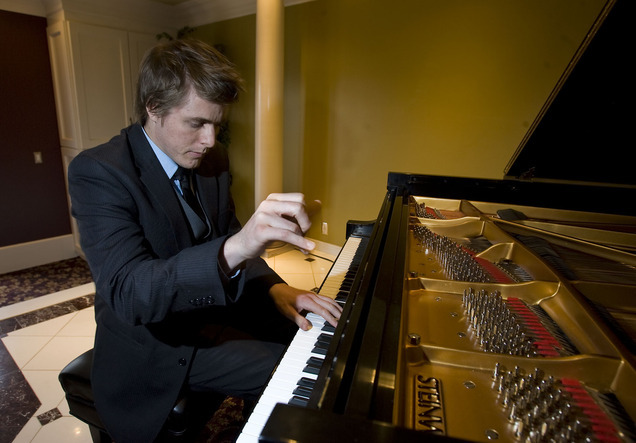 Albums from the Mormon Tabernacle Choir have been best-sellers for generations, but recently Salt Lake City-based Deseret Book has seen success with other artists.

Within the past year, three musicians signed to Shadow Mountain Records, one of Deseret Book’s record labels, have taken the Billboard charts by storm.

In 2010, native Utahn and violinist Jenny Oaks Baker’s album “Then Sings My Soul” reached No. 1 on the Billboard classical charts. Next came Salt Lake City pianist Paul Cardall, whose new album “New Life” debuted at No. 1 on Billboard’s New Age chart in February.

The latest Deseret Book chart-topper is local pianist Josh Wright. This week, his debut album is No. 2 on the Billboard classical traditional chart, and No. 6 on the overall classical chart.
Read the rest of this story at sltrib.com