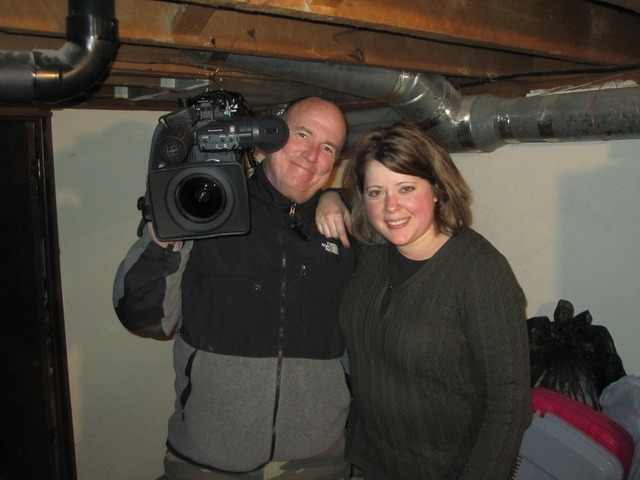 Scaling cliffs and avoiding feral animals are sometimes exciting when in the great outdoors. But what if those cliffs are actually piles of stuff you have to scale just to enter your home? And those figurative feral animals are harder to avoid since your family member brings them into the house by the dozens? And though you have a bed somewhere in the house, finding it is more difficult than finding shelter in the wilderness?

In reality, hoarding affects two to four percent of America’s population. Often linked to obsessive-compulsive behavior, hoarding is reaching a point where professionals are considering distinguishing it as a separate disorder that should have its own diagnosis and treatment.

With the numbers on the rise, this new disorder has also captured the fancy of TV viewers across the nation in several shows highlighting the homes, habits, and compulsions of these people. A&E’s show Hoarders has been nominated for a 2011 Emmy in Outstanding Reality Programming. In this year’s new season, the crew has turned to an LDS woman, Utah native and professional organizer Linda Isom, who was featured in the show Monday, November 14.

Isom was contacted by the “Clutter Expert” Matt Paxton from the show. “I remember saying to my husband, ‘I’ve never worked with an extreme hoarder like they have on the show, but I think I understand the hoarding mindset,” Isom said. After narrowing the field of potential organizers, Paxton let her know she got the gig. “You seemed the most genuine and real and understood the hoarder’s mindset and seemed to legitimately care about people,” he told her.

Isom’s journey to this point was a gradual one. As a child she tried to help make sense of chaos, and as a teenager she would tidy and organize while on a babysitting job. But it wasn’t until she was put on bed rest while pregnant years ago that she realized this was something she could do. “[I] had to bring in someone to take care of my home and my family. . . . When that was over, I decided to organize everything in my home and label it all so if something similar happened like that again, anyone could come in and help.” She then began to take classes and work with other seasoned professionals before venturing out on her own, picking up tips, trying new things, and finding the best way to handle organizing.

But hoarding is often a symptom of something more than just disorganization. Typically, hoarding begins or intensifies when the individual is dealing with stress or some tragedy. “It’s almost always related to a cataclysmic event in their life,” Isom said. “Hoarding is commonly viewed in the medical field as their ‘drug of choice’ and needs to be treated like any other compulsion to truly understand where their mind is. If you think of the person as having a severe mental disorder, you can begin to understand where they are coming from. They’ve created this environment and they have built walls of clutter around themselves and have begun to shut everything and everyone else out.”

The National Study Group on Chronic Disorganization has a "Clutter Hoarding Scale," with someone who is messy falling anywhere between stage one and stage three. The higher the rating (the highest is stage five), the more it affects the person’s relationships and interactions with others. Hoarders deals primarily with stage-five clients. “That’s when hoarding becomes a problem,” said Isom. “When you can’t move from one room to another.”

“My key role was to take care of the aftercare when the show is done,” she said. “[The client has] up to six months of optional aftercare available to them from the show. They have to be the ones to make the effort to continue with the services, and they get the same amount of psychological help for that same amount of time. The show does make efforts to help the people as much as they can. This season they’ve gone in and checked on people from previous seasons to see how they’re doing. If they did not accept the aftercare provided by the show, it is likely they have continued to hoard.”

Dealing with someone who is a hoarder requires more than an ability to throw stuff away and organize. “If you are a family member of a hoarder, you need to first identify if they have emotional issues they are suppressing by buying or collecting things,” said Isom.

Even though attempts to help may start with simply cleaning and purging, that should generally be the last thing you do, Isom said, because a person needs to be internally motivated to change before they will accept help. Like a crash diet, if the person isn’t ready to change their lifestyle, old habits will resurface, causing the accumulation binge to intensify. Individuals should be ready to change and properly participate in therapy to discover the underlying issues of their hoarding first.

“The aid of a professional organizer is a great way to get started,” said Isom. “Often that first initial consultation helping a hoarder is hard, but if they see the benefit with a mountain of positive encouragement, they can find their way out of the behavior and find a much improved way of living.”

Isom’s episode of Hoarders can be viewed online at aetv.com/hoarders.

To read some of Isom's tips for organizing your home provided especially for LDS Living, click here.