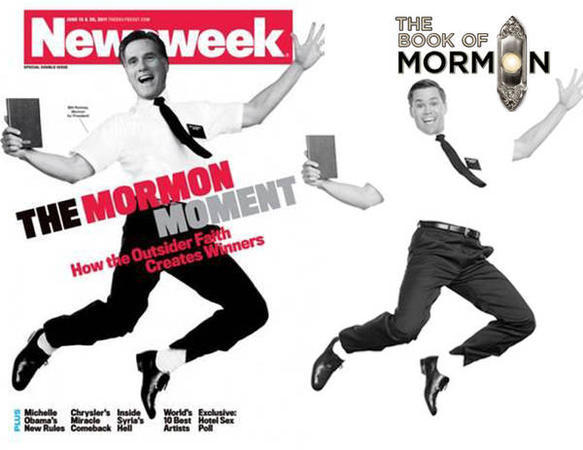 With the controversy over Newsweek's "Mormon Moment" cover (which features Mitt Romney's head photoshopped onto a leaping LDS missionary from "The Book of Mormon" musical), it shouldn't be surprising that someone would confront one of the article's co-authors about it during a live chat event on the Internet.

A poster named Danny asked a question on Wednesday during the Daily Beast/Newsweek live chat to McKay Coppins — a Newsweek and Daily Beast staffer, active Mormon and former writer for the Deseret News and Mormon Times: "How much collaboration went on between the authors of the article and the designers of the cover? Because the article seems to talk about how Mormons are shaping culture and making a difference, and Romney seems like the most boring, stereotypical Mormon/Republican out there. So there seemed to be a disconnect between the cover and the article."