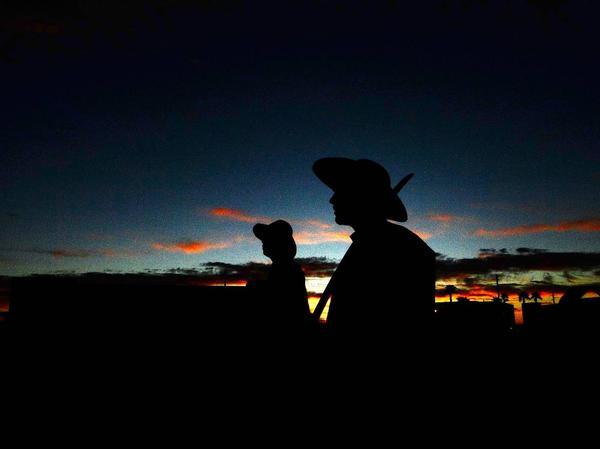 The Mormon Battalion’s original trek through Yuma, Ariz., took place in January of 1847. Those who attended Yuma’s 2012 Silver Spur Rodeo Parade in February were treated to a trip back in time and a lesson in history. More than a dozen young men and young women from Yuma’s 9th Ward, in period clothing with authentic equipment (including a reproduction U.S. Army wagon), walked the parade route to bring alive a part of the history of The Church of Jesus Christ of Latter-day Saints..

The Silver Parade is the largest local event of this type, and the Arizona Centennial brought additional historical focus. Their efforts were rewarded by receiving the parade trophies for Best Horse-Drawn Wagon and 1st Place Religious Organization. Freddy Martinez, 17, said that winning the awards made him “feel like we did a good job representing the Battalion,” adding, “I know we were noticed ... and in a good way.”

The recognition didn’t stop there. In attendance at the parade was the commanding officer of the U.S. Army’s Yuma Proving Ground, Col. Reed Young. Young noted that the group was recreating a U.S. Army unit and commended them for keeping history alive. He produced a YPG “challenge coin” and, regretting he didn’t have enough for everyone, called for the youngest member to step forward. Matthew Hill, 14, stepped up and received the coin in a handshake from Young.