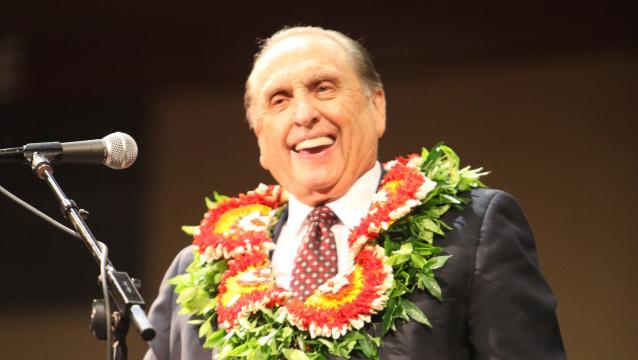 "The beautiful Laie Hawaii Temple...is the reason for this great celebration," said President Monson, at a cultural celebration held Saturday inside the Cannon Activities Center on the campus of Brigham Young University-Hawaii. Two thousand performers danced, sang and presented a visual display of island history and culture.

President Monson was joined by first counselor in the First Presidency, President Henry B. Eyring, Elder Quentin L. Cook, of the Quorum of the Twelve Apostles and Elder William R. Walker, of the First Quorum of the Seventy.

The Laie Hawaii Temple was the fifth operating temple in the world and the first completed outside the state of Utah. The temple serves Church members living in Hawaii and the Marshall Islands.