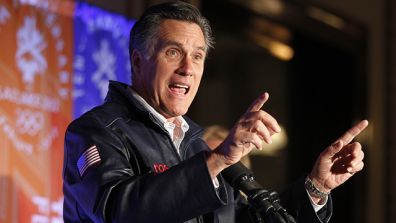 Latino Mormons speaking out against Romney over immigration issue

When Honduran-born Antonella Cecilia Packard converted to the Mormon Faith 20 years ago, she said it was like "coming home."

The Catholic-educated Packard, who grew up in "the middle of Mayan ruins," appreciated the faith's strong sense of family and conservative values. She also saw her own history in the Book of Mormon with stories of migrations, tragedies and triumphs of a people many Mormons believe are the ancestors of some present-day Latinos.

But two decades after her conversion while a college student at Mississippi State, the 43-year-old Packard finds herself on a new mission: defeating Mitt Romney and any Mormon politician who betrays what she sees as a basic Mormon principle of protecting immigrants.