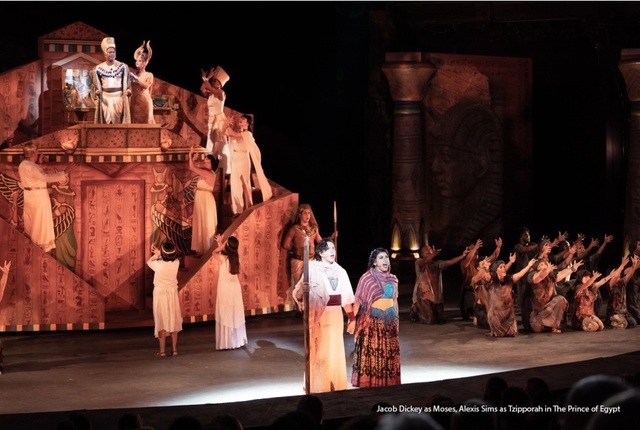 Since Joseph Smith directed Latter-day Saints to form a dramatic company after building the first community theaters in Nauvoo, Illinois, Latter-day Saints have had a fondness for the performing arts. One of the first structures the pioneers erected after reaching Salt Lake City was a bowery on what is now Temple Square where they could perform music, dance, and plays.

Today, Latter-day Saints' affinity for the arts still continues, a fact which is especially apparent at the Tuacahn Outdoor Theater in St. George, Utah. Nestled in a red-rock canyon above the gleaming St. George temple, the Tuacahn hosts many Latter-day Saint performers and designers who share both their faith and talents. Among them are actresses Belén Moyano and Mindy Smoot Robbins and set designer Brad Shelton.

Seeing the Hand of God

9/11 and an Unexpected Turn

As a 10-year-old, Mindy Smoot Robbins watched in starry-eyed amazement as a ragged Eponine belted out the beautiful refrains of "On My Own." "I want to do that!" Robbins thought in awe. But even before seeing the touring Broadway cast perform Les Miserables, Robbins's dream, which she recorded in Primary, was "to be in a Broadway show." 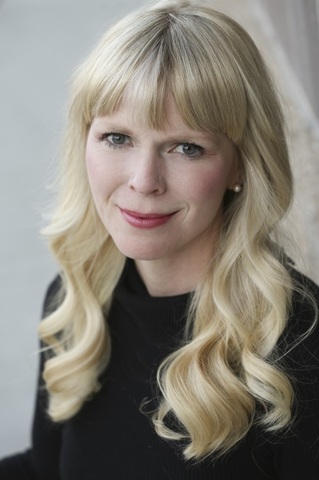 Little did she know that just 10 years after watching Eponine she would join that same touring company and perform with some of the original cast members.

But Robbins's plans took a slight detour as she finished her last courses from BYU and prepared to move to New York City to make her dreams a reality.

"I had a plane ticket, apartment contract, and roommates solidified in NYC," Robbins says. "I was headed out September 10, 2001, for the Big Apple. However, I felt a pit in my stomach about moving to NYC the entire summer. I had done everything I could think of to get rid of it. I tried to ignore it and rationalize it, but neither worked."

Frustrated at this sudden hurdle to pursuing her lifelong dream, Robbins still followed the prompting and canceled her flights leaving on September 10 and arriving in John F. Kennedy Airport on September 11, 2001.

"I remember the phone call that morning [September 11]," Robbins says. "'Have you seen the news?' my mom said. I turned on the TV and felt overwhelmed with many emotions to see the Twin Towers on fire due to a terrorist attack. I felt sad, scared, and yet grateful I wasn’t there in the middle of the chaos. I could start to see Heavenly Father’s plan for my life unfolding."

Following Heavenly Father's guidance, Robbins crossed off a series of options on her list of possible opportunities after graduation, feeling the best course of action was the one she was least enthusiastic about: buying an old home in Provo and refinishing it.

"Why in the world would I want to stay in Provo?" Robbins remembers thinking. "I had graduated from BYU, didn’t have a boyfriend keeping me there, and didn’t have a job of any kind in the works. I had lived in Provo most of my life. This all seemed so odd to me."

While looking for a home, Robbins invited a friend to come along with her, and the two had so much fun they started dating and spending every day together. The two were married that December and now have four children.

"My faith influences every decision of my life," Robbins says. "I have made a promise to my Father in Heaven to dedicate my talents to Him. In every decision I make, I ponder and pray if it is what He would have me do."

She adds, "Although I didn’t go to NYC to perform, I have had countless opportunities to use my talents on and off the stage. . . . And, although I don’t have my husband on board just yet, I want to move to NYC after we raise our children. . . . It is never too late. I will just go about my dreams backwards. Having said that, I have never once regretted my decision to get married and have a family."

As a missionary serving in Brazil, Elder Brad Shelton received some rather shocking counsel from his mission president before he returned home to finish his Bachelor of Arts in theater.

"He said, 'You should not do theater. Only bad things come from theater. You will lose your faith,'" Shelton recalls. Having been involved in theater since he was 12, Shelton was flabbergasted by this counsel and left wondering, "What am I going to do? It is the only thing I know. It’s my life." 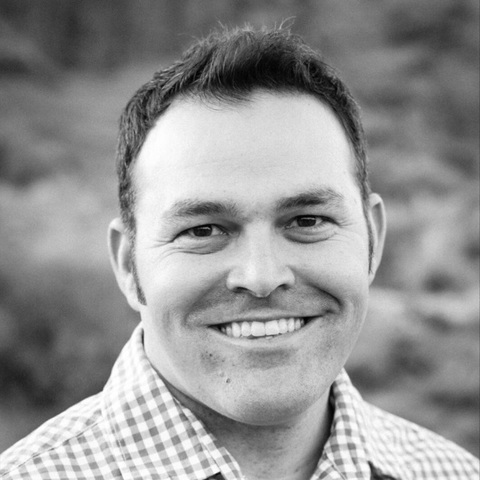 "I had to really pray about it and go to the temple and decide what I wanted to do with my life," Shelton says. "I got such a special confirmation that said, 'As long as you are faithful to your covenants and stay true to the Church, you will be taken care of, and you can continue to do theater.' That [confirmation] was overwhelming and . . .  prophetic for my life."

Now celebrating his 10-year anniversary as a set designer for the Tuacahn, Shelton has seen how following the Lord's will brought the blessings promised to him that day in the temple. Two years ago, Shelton designed the odd show for the Tuacahn during the summer, but his main job was based in California.

"I was working at Disneyland," Shelton says. "I worked with this amazing company and had a really great job doing fun projects, but it ideally wasn’t the work that I wanted to be doing and it wasn’t in the environment that I wanted to be in." Shelton and his wife felt isolated from family in California while they adjusted to having a newborn in their home. When Shelton received a call from the Tuacahn offering him a job as resident set designer, Shelton jumped at the chance.

"People think I am crazy for leaving Disney, but I really feel like I am living my dream job," Shelton says. "I felt so guided, that everything was just laid out for me . . . it was the Master’s hand leading me down the path that He wanted me to go." While Shelton gave up the opportunities California and Disney could provide, he doesn't hold any regrets exchanging those opportunities for his family.

"Now we’re closer to family and we are able to grow our family here," Shelton says. "It is the work I want to do and it is in the environment I want to be in. I feel like it happened so divinely."

The Power of Fasting and Prayer

Belén Moyano had a similarly shaping moment while serving her mission in the St. George Utah Temple Visitors' Center. Born in Buenos Aires, Argentina, to converts who had both found the Church before they found one another, Moyano was 9 years old when her family immigrated to the United States. Shortly after arriving in the U.S., Moyano began taking music lessons—a privilege few besides the wealthiest class could afford in Argentina. "My mom put me into music because I did not have that opportunity back in Argentina," Moyano explains. "That was her priority; she always wanted her children to do music of some sort." 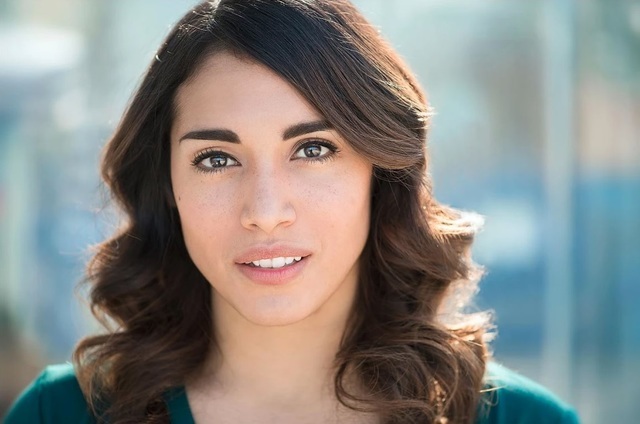 Despite this early exposure, Moyano entered Utah State Universtiy as a freshman determined to pursue engineering. "Then Heavenly Father kind of wrangled me around and took me in the music direction," Moyano says. "I graduated in vocal performance, which was not my expectation."

Before graduating, Moyano took a break to serve her mission, where she began pleading with Heavenly Father to know what she should do with her life. Once again, Moyano received an unexpected reply. "I wasn’t expecting Him to tell me to be an actor," she says, but Moyano acted on the prompting. Months before she graduated, Moyano tried out for the Tuacahn, landing roles as Kala in Tarzan and Quasimodo's mother in The Hunchback of Notre Dame. She then moved to New York to pursue her career, feeling that's where God wanted her to be.

"I knew that’s where I wanted to be, and it turns out God had different things in store, and I found my now husband," Moyano says.

When the plays were posted for the Tuacahn 2018 season, Moyano read the script for Prince of Egypt and knew she had to return— she felt prompted this was a story she needed to be a part of.

Before beginning tryouts for the show, Moyano shares, "My husband and I actually prayed and fasted because we really felt so strongly about [this]."

Though she had been given the part for Miriam for callbacks, the casting directors asked Moyano to sing the iconic "River Lullaby" from Prince of Egypt.

"I sang it and I made every person in the room cry, and that’s when I knew I got the job,” Moyano says. But Moyano doesn't take credit for her role; she chalks up her success to "the power of fasting and prayer."

"I am grateful for the relationship I have with my Heavenly Father," Moyano says. "He gives me guidance and direction and I believe that anybody in whatever situation can receive that if they knock, if they ask, if they seek, and that miracles can happen."