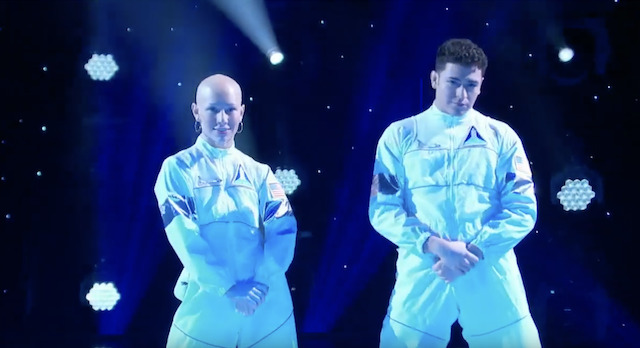 "You Smashed That": Judges Praise Latter-day Saint as He Advances to Final 6 on "So You Think You Can Dance"

Last week was a difficult one for Ezra Sosa.

His sister, Stephanie Sosa, was eliminated from So You Think You Can Dance, leaving him alone in the top eight as he also faced the possibility of becoming eliminated from the competition.

“I was heartbroken because this wasn’t just my dream; it was hers, too,” Ezra said. “It was a dream to be here with my sister. I just didn’t expect her to leave so early.”

► You'll also like: Latter-day Saint Siblings Make History in the Top 10 of "So You Think You Can Dance"

But instead of faltering during Monday's performance, Ezra thrived, earning a spot in the top six and the praise of judges.

While his first dance, a hip-hop routine set to Dizzee Rascal’s “Space” with partner Madison Jordan, wasn't the judge's favorite of the night, Nigel Lythgoe noted, "One small step for man, 467 steps you were given tonight to perform, and in general, you performed them brilliantly. Congratulations."

But Ezra's next duet dance of the night proved to be the most challenging: an Argentine tango.

"Argentine tango is a form of ballroom that I’m not used to; it feels a little foreign to me," Ezra said. "This is definitely the hardest routine that we’ve gotten so far."

Miriam Larici, one of the choreographers of the routine, agreed.

"Argentine tango is not easy to perfect," Larici said. "It is very powerful, with a lot of work."

But despite challenging choreography, Ezra and his partner blew judges away with their performance.

"This is way different than ballroom tango," judge Mary Murphy said. "It's like another world, and you guys did it beautifully out there."

"That was intense. I felt like I was in a movie; it was so cinematic," judge Laurieann Gibson said. "You smashed that! You should be very proud, Ezra; you are so talented, so gifted, so strong as a partner."

But by the end of the night, Ezra found himself in the bottom two male dancers based on the votes from last week.

However, judges unanimously decided to rescue Ezra from elimination and he advanced to the final six of the competition.