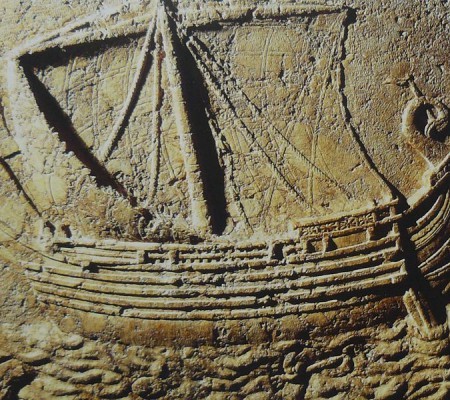 What would you do if you found out that Christopher Columbus wasn’t really the first to take the epic path to discover the New World? What if you found out ancient civilizations, including those from the Book of Mormon, traveled it first?

If you are Boyd Tuttle, it means you go on an adventure to try recreating their experience. The Latter-day Saint publisher will embark on a never-before-attempted journey in which he hopes to retrace the path Mulek once followed to arrive in the Promised Land. Tuttle, 57, of Cottonwood Heights, Utah, will make the trip based on his belief that Mulek traveled west aboard a Phoenician sailing vessel.

The Phoenicians were an ancient maritime trading culture, existing from around 1200 B.C. to 200 B.C. Occupying modern-day Lebanon and the coastal parts of Syria and Northern Palestine, the Phoenicians were regarded as the rulers of the sea. They were known for their innovations in shipbuilding and navigation (credited for the discovery of the pole star) and traded in commodities such as purple dye, glass, metals, and olive oil, expanding their civilization throughout the Mediterranean.

According to the Book of Mormon, Mulek was the only surviving son of King Zedekiah, whom Tuttle surmises escaped detection because he was the youngest unborn child of Zedekiah. In 589 B.C. when Jerusalem fell and Zedekiah was captured, the Babylonians brought all his sons before him and killed them before his own eyes to demonstrate that his kingdom had ended. Tuttle’s book, In the Footsteps of Mulek, set to release in 2020, will explore the idea that Mulek’s entourage traveled to the Land of Promise aboard a Phoenician sailing vessel some 2,000 years before Columbus. 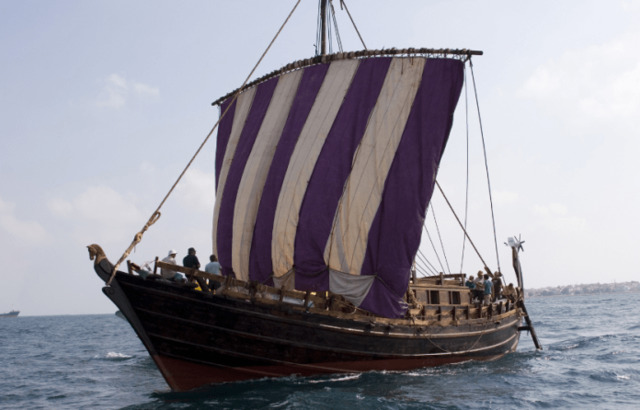 Tuttle and his companions will travel under the leadership of British explorer and former Royal British Navy mariner Philip Beale on a 600 B.C. replica boat known as the Phoenicia. While Beale hopes to prove his theory that the ancient Phoenician civilization made landfall in the Americas once or many times long before Europeans, Tuttle is on a mission to explore the possibility that Mulek’s group may have sailed under a Phoenician banner.

The Phoenicia is scheduled to set sail from Carthage, Tunisia, (an ancient Phoenician seaport) on Sept 18th to travel through the Mediterranean Sea to the Canary Islands and on to America. “I welcome Mr. Tuttle on board, anyone willing to toe the line—it’s no pleasure cruise, that’s for sure,” says Beale.

From the Canaries, the group will continue on into the Atlantic by means of the North Equatorial Current, the same current that carried Christopher Columbus in 1492. The greatest danger is if the vintage ship doesn’t hold up under the 6,000 miles of pounding wind and waves during the transatlantic crossing. “The other hazard is the occasional freighters which cross our path at 20 knots,” says Beale. Although he’s not sure of an exact landing point yet, Beale expects the ship and crew to arrive somewhere in the Gulf of Mexico by late December or early January, six to eight weeks after departing the Canaries.

Tuttle points out, “As Mulek’s party was trying to escape the Babylonian siege, the text does not say that the Lord led them to build a ship as He did with Nephi or the Brother of Jared.” This leads Tuttle to conclude that the Mulekites must have taken the most direct route possible to the Promised Land, perhaps taking them to the nearest Phoenician seaport where the party could—with money and influence—buy passage on a Phoenician ship headed west. 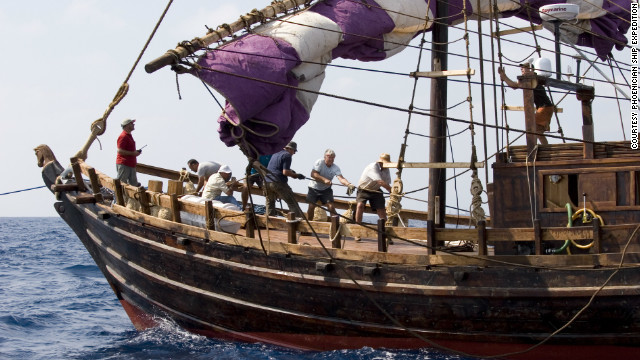 Historians tell us that the Phoenicians were the only people sailing the open ocean at that time, with two of their largest shipping ports located in the Mediterranean coastal cities of Sidon and Tyre. The Book of Omni talks about how the Mulekites made their way to the Promised Land. It says they “journeyed in the wilderness, and were brought by the hand of the Lord across the great waters, into the land where Mosiah discovered them; and they had dwelt there from that time forth” (Omni 1:16). After dwelling in the land of Zarahemla for nearly 400 years, the Mulekites were discovered by the people of Mosiah sometime between 279 B.C and 130 B.C.

Tuttle’s colleagues will produce at least two documentary films capturing the epic sea voyage—the first will explore secular historical evidence for the Phoenicians’ transatlantic travel and the second will examine whether ancient Hebrews (like the Mulekites) could have been among the first to hitch a ride to America by traveling with the Phoenicians.

Tuttle said that for him the trip is crucial to culminate his studies. The ship will never attempt another Atlantic crossing.

“It’s one thing to sit in a cushy chair behind a computer somewhere and pontificate about what might have been, but it’s a whole different animal to don the gear of the ancients and actually go where those mariners when in an identical craft that plied these same waters 2,600 years ago to validate your point.”

For more background on the Phoenician expedition, watch this video.  Followers can also track the crew’s activity on the Phoenicians Before Columbus Expedition Facebook page or follow the ship’s exact location in real-time by means of a ship-tracker which can be found and updated on the website.

Mormon Life HistoricHistoric,Mormon Life
Comments and feedback can be sent to feedback@ldsliving.com