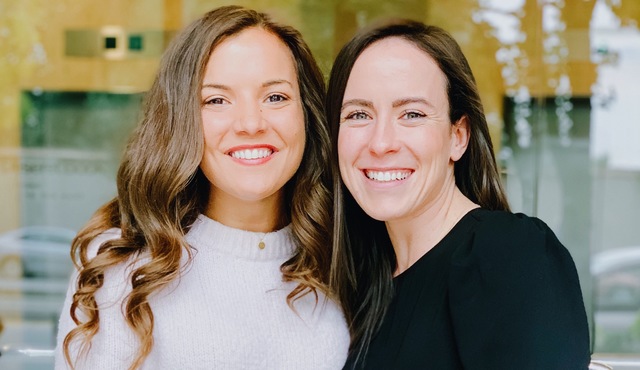 "All In" Podcast: Latter-day Saint Mother of Four Shares What She Learned from Watching Her Son Donate Bone Marrow to Save His Brother

Marilee Killpack is a young mother of four children. Nearly two years ago, her youngest son, Abram, was born with low platelets and had little broken capillaries on his tiny body. After testing, it was determined that Abram had a rare life-threatening genetic syndrome called Wiskott Aldrich. The syndrome affects just one in 250,000 children and is only symptomatic in boys. Killpack wrote on her Instagram that “Forty years ago these boys didn’t live past infancy due to bleeding, infection, or cancer.” The life expectancy is still just 3–5 years, but there was hope for Abram because if he could get a bone marrow transplant before he was 2 years old, his life could be saved. Abram’s older brother Copeland was a perfect match and chose to donate his bone marrow to his brother.

On this week’s episode of All In, Killpack explained that she realized as she watched one son donate bone marrow to another son that she could see herself in Abram, a child in need of saving, and that she recognized the need for a Savior. Killpack always said that the experience of feeling torn between two children taught her of the love of Heavenly Parents.

Note: This transcript has been edited for clarity.

MJ: I want to kind of touch on a couple of things that you mentioned there. The first with Copeland, your oldest son, and that he was able to donate his bone marrow to his little brother. I love that when I heard you share your experience briefly previously, one thing that really touched me was how you talked about your kids going to be tested to see if they were a match. And you talked about how excited they were. Can you tell listeners a little bit about that?

MK: So we found out he was diagnosed in March, and the next day we took them to the hospital to get tested. And it's just a blood draw, a simple draw. And a couple— I have two kids that are brave and one that's a little nervous. And so I think they thought that they were, I don't know, hopefully not going to die, but like, just hopefully will be safe. And we told them very clearly that you're just going to give some of your blood, you don't have to die to do this, but you're just going to give some of your blood. And if you do, you know, you'll be able to save your little brother's life. And so, we told them, “We just really need you to pray that you can be a match.” So, they just started praying for a year straight, "Help us to be able to help Abram live and have blood that can save his life." They were so tender and sweet about it. And when we found out that the oldest two are matches, it was really sweet because you could tell on their face it was a mix of both like, "I'm really excited that we can save him, but that means I have to do something hard and scary, and I'm nervous." But they were so sweet and brave, didn't vocalize it. Didn't ever say, “I don't want to do it,” but just, "Okay!" with all the little faith of a little 7 and 5-year-old at the time. And we found out pretty quickly that Copeland would be the match. And when we told Bliss she wasn't going to be able to do it, it was like, "Woo!" She was just so relieved, which I think just speaks to how brave and courageous they were to be willing to do it.

MJ: Yeah. They're so little and I think back to like when I was little. I had to have some blood drawn once and I lost it. Like I freaked out. And so I can only imagine feeling, and then, if you're a match, what does that mean? What do I have to do then, if this is what I had to do just to be tested?

MK: I know, and we tried to be clear that you know, you're going to be safe. It's all going to be okay.

MJ: Yeah. One thing that you wrote, while we're on this topic of Copeland and donating. You wrote, "Post-transplant, Abrams blood type will change to match Copeland's. If all goes well, even most of his DNA will change to match Copeland's. Over the last year, I've studied about blood and marrow and scripture and science, and I've learned so much in relation to what is about to happen to my two sons. One older brother selflessly giving his blood to save another's life, the other, unable to make it on his own, will be given a new chance at a new life. In a new way, I better understand Jesus suffering for us by witnessing Copeland's perspective, Abram's perspective, and a parent's perspective on our little medical journey. Its literalness has transformed my awe and gratitude for a Savior and Heavenly Parents who saved me and you. I know we have a loving Savior who spilled his precious, perfect blood, that we become new people." This is something that I've always believed in, but it's hard to wrap your head around it, is this saving power between siblings. So, what have you learned about that, and what has that taught you about our Savior's love for us as His siblings?

MK: Yeah, I think just to give a little more perspective about the process between those two siblings. We went up to Seattle because they were a hub for what Abram’s transplant was needed for. And as we were up there, Copeland came with us and needed to do all the testing to make sure he was perfectly healthy, that he didn't have anything scary, that we were just going to go put in a baby that is needing help. And then it was a month of prepping for chemo, and then chemo to wipe out all of Abram's bone marrow to get all his levels all the way down to zero. And then the actual harvest where they received his marrow and then they put it into Abram, directly into his heart.

MJ: How long was that process?

MK: Yeah, we were in Seattle for almost six months. Copeland was with me for about two of those. So it took a while for everything to get going. And while we were prepping and getting ready, I could see sweet little Copeland being brave. I mean, he is a superhero and he saved his little brother's life. But as it came nearer and nearer, you could see like, “This is real, and Abram's getting sick. And I have to help him.” You know, the weight of it, kind of, I think you could see it start to sink in. And he wasn't ever nervous, he didn't ever complain. But the day of, he's just getting so excited, and we had family in helping us get everything coordinated. At this point Abram's so sick he's an inpatient in the hospital every day, can't leave, and we had to leave him to go be with Copeland to receive this operation to get the marrow out. So, we're getting him all prepped. He's gowning up and putting the hats and shoes on. And we go back and the anesthesiologist is helping us talk through it in the operating room, and I got to go be with him. They ended up laying him on the table and talking about, you know, "Do you want bubble gum or root beer?" and he picked bubble gum, and it smells so awesome. And they lay him down and put it on, and he's holding my hand and he starts to you know, breathe it in. It starts to make him woozy and he's getting a little uncomfortable. And he just starts looking at me and holding his hand and his eyes just start getting so big. I'll never forget it. And he looks up and says, "Mom, I don't like this." And he just said it twice. "Mom, I don't like this." And here I am, as a mom just stuck between my two kids, one who won't make it without his older brother and one who doesn't want to do it. "I don't like this mom." And at the time, I couldn't do anything. My hands were tied, you know. And it just taught me so much about our Savior and even from a perspective of our Heavenly Parents that They watched these siblings work it out and here They are watching all their children who need saving, and Their one son who has the only power to save. And I think of the relationship between the siblings. It has taught me so much about my Savior. He loved us enough to be willing to do that and to go through it even when He said, "Would that I might not drink of the cup." And He has done that for each of us willingly. And I think seeing my boys go through this has taught me so much. I see myself in Abram. I cannot be saved without Jesus Christ, and I see myself in that need. And then I see Copeland and his willingness and his ability to save, and I see my Savior. So, it's taught me so much about our relationship between Jesus Christ and His grace and healing power and ability to save us.