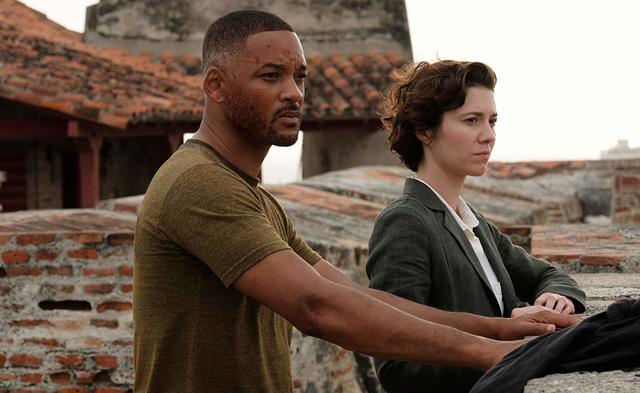 This movie spent a very long time in production—20 years! Disney was going to produce it years ago but computer effects at the time weren’t quite up to the task. The technical innovations were worth the wait, but the story could have used some more time to work out. As the name Gemini Man suggests, an assassin is cloned.

Ang Lee, who directed the fantastic Life of Pi also directed this movie, which is particularly amazing because they're such totally different films. This film is not related to the old TV show of the same name back in 1976.

While most movie critics have been busy trashing Gemini Man for its poor story and David Beinoff's writing, it does have some good things going for it—most notably is the mind-blowing anti-aging technology used on Will Smith. The young Will Smith looked so real. He gives a strong performance, young and old. The fight scene between Will Smith and himself is especially impressive.

The stunt work and action sequences were also amazing. Sometimes they were so unbelievable that they looked like they were from a video game. The filming of an intense motorcycle scene was crazy good. Some scenes were shot in Savannah, Georgia, and Cartegena, Colombia.

Now that you’re thinking the movie must be completely awesome, know that it has some flaws, too. First, if you’ve seen the trailer then you’ve pretty much seen the movie. Some of the characters and dialogue are pretty flat and predictable. You’ll be able to see a few twists coming, but it’s still fun when they arrive.

Some uplifting themes in this movie include:

There are some lines in the movie worth noting because they have a spiritual element. Use these as a starting point for conversations with your friends and family if you watch this movie together.