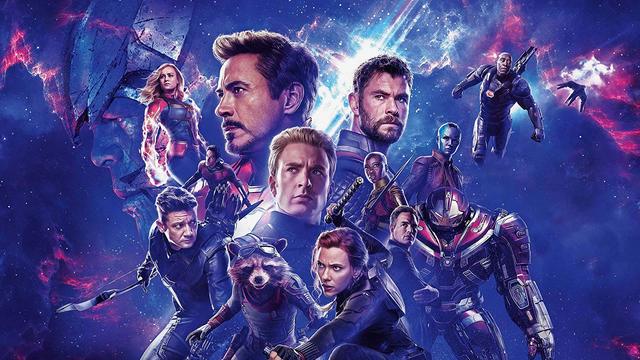 Latter-day Saint Movie Review: What Parents Need to Know About "Avengers—Endgame" Before Seeing It with Family

For daily faith-friendly movie reviews, follow us on Facebook. For sure-fire picks that meet your standards, pick up 250 Great Movies for Latter-day Families.

After 50 percent of all life was wiped out by Thanos at the end of Avengers: Infinity War, Avengers: Endgame shows the remaining 50 percent of life dealing with the colossal loss. In their grief, the remaining heroes must band together and find a way to undo the villain’s snap and restore the universe to its original state.

Avengers: Endgame is everything you'd want it to be and more. Believe it or not, the film exceeds the massive expectations surrounding it. For this decade-in-the-making finale, the directing duo of the Russo Brothers pull out all the stops in what could be their best movie.

At its core, Endgame is a reward to the fans of the Marvel Cinematic Universe for their dedication these past 11 years. It’s a thrilling, emotional, and applause-worthy conclusion to the franchise that began back in 2008. The film successfully pulls off an ambitious story that ties together threads from many of the previous movies. Thankfully, the film doesn't run at a breakneck pace similar to its predecessor, Avengers: Infinity War. We get to live in this world that’s now unrecognizable after Thanos’s snap. It's eerie and absolutely depressing, creating an interesting situation for the heroes to face. The slow pacing allows us to be immersed in the haunting tragedy, which only makes it exciting when the heroes plan to set things right.

Performance wise, everyone does a fantastic job. Scarlett Johansson, Jeremy Renner, Paul Rudd, Mark Ruffalo, Karen Gillan, Bradley Cooper, and Don Cheadle play their parts to perfection. While I found the actress better here than in her own movie, Brie Larson simply doesn't have enough time in the movie to make a significant impression. The same can be said for Danai Gurira. The trinity of Robert Downey Jr., Chris Evans, and Chris Hemsworth is where the story is most concerned. Each of them has a captivating part to play in Endgame and they make up a large part of its emotional core. Downey and Evans, in particular, do so much for this film that they deserve their long overdue Oscars for their performances here. They are both compelling and are the actors who stand out the most amid so much talent present.

Avengers: Endgame is the shortest three hours that I have ever spent at the cinemas. The length of the film couldn't be more concise and perfect, despite being the longest Marvel Cinematic Universe film. The longer length, the grander story, and the striking visuals help make this movie feel epic. It certainly is akin to films that have similar runtimes, like The Lord of the Rings trilogy for example. Without spoiling anything, Endgame delivers action sequences that feel ripped right out of the comic books. They’re expansive and emotionally fulfilling, making it some of the best that the franchise has ever produced. Alan Silvestri builds on his themes from past MCU scores to deliver one for Endgame that hits all the emotional beats.

Speaking of emotional beats, Endgame delivers quite the emotional punch. To say that I cried during the ending would be an understatement. I was uncontrollably weeping throughout it. In addition, I cheered and clapped on multiple occasions. It may have been slightly detrimental for my voice and hands for a short period of time, but it was worth it. There's so much in this film that is emotionally affecting, provided that you've been as invested in this franchise as much as I have along with countless others. In conclusion, Avengers: Endgame delivered a moviegoing experience I will never forget and is a serious contender for not just the title of best MCU movie, but quite possibly, the title of best superhero movie period.

Like the 21 previous movies in the Marvel Cinematic Universe, Avengers: Endgame has been rated PG-13 and the content is not unlike that of previous films in the franchise. The language is occasionally strong, with some SOBs, a-holes, variants of the s-word, and so forth included in it. In terms of sexual content, Thor is shirtless in some scenes and certain characters share a few kisses. There are also a few crude jokes about an Avengers’ rear end, which are made by fellow team members and the person in question. In his depression, Thor spends the early part of the movie resorting to alcohol to “cure” his pain. Thus, there is talk about various types of alcohol, be it beer, ale, wine, etc. The primary reason why Avengers: Endgame is rated PG-13 is for its violent content. Endgame takes the action of Infinity War and multiplies it by 3,000. The battles are enormous, full of explosions, and involve the heroes being in the most peril that they’ve ever been in. Some of the action may prove to be too scary for young children, and a touch of blood is added to the action, though it’s not abundant and doesn’t get gory. Overall, if your child has handled the previous Marvel films without any problems, this should still be suitable for them. In reality, if your child gets easily bored during trips to the cinemas, the length of Endgame may prove to be the biggest challenge so determine that before purchasing their ticket.

Characters exercise kindness towards each other continually (see Eph. 4:32). Steve and Tony come to forgive each other of past mistakes (see Luke 6:37). Multiple heroes demonstrate their willingness to sacrifice themselves for those closest to them (see John 15:13).

Avengers: Endgame is all about the remaining heroes avenging their fallen comrades. Every member showcases courage and determination in the face of intense danger. The Avengers are built on collaboration and every member pitches in to fulfill their role in the grand plan (see D&C 107:99).

My name’s Dallin Curtis. I’m an aspiring film critic, a disciple of Jesus Christ, and I love to write about all things movies on my site named Dallin: The Film Fanatic. You can follow my work on Facebook.