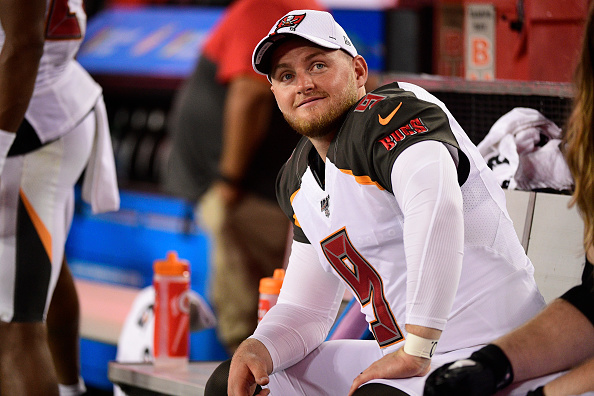 Four months after being drafted by the Tampa Bay Buccaneers, NFL kicker Matt Gay has been featured in his fair share of viral videos from preseason games. No doubt Bucs fans are excited to see Gay in action during the upcoming season.

Plenty of leg from the rook on NFL kick No. 1.#GoBucs | #TBvsPIT pic.twitter.com/PDabRUOBNS

While Gay's plays on the field are impressive, he recently shared some of his experiences in the mission field that shaped his life with the Church News.

As a missionary serving in Houston, Texas, Gay struggled with depression, which ultimately led to him returning early from his mission. “It can put your world into a whirlwind,” Gay told the Church News about his mental health struggles. “It’s a day-to-day fight to even get up and get out of bed and do simple things like taking a shower.”

About Gay's challenge and how it has shaped his life, Jason Swenson from the Church News shares:

For Gay, understanding and standing toe-to-toe with his own challenges “was a big moment in my life for me to move forward and get back on the right foot. That has definitely translated to this situation of being in the NFL and being able to cope with tough times. Knowing who I am and what I stand for keeps me grounded in whatever situation I’m in.”

God, he has learned, is always nearby and anxious to deliver. Understanding and relying upon the Atonement of Jesus Christ helps Gay find renewal and hope.

“Jesus suffered what I was suffering,” he said. “Just knowing that He went through what I’ve gone through and being able to go to Him for advice — and help and strength — were really at the core of what got me out of what I was dealing with.”

Gay also appreciates a kind priesthood leader who helped him accept his offering of labor in the mission field.

“When I got home, my stake president told me: ‘You served a full-time mission. God wanted to see that you were willing to sacrifice things like soccer and other worldly things and serve Him.’”

While disappointed his mission didn’t end the way he had planned, Gay said, “God saw that I was willing — and nothing changed the fact that He loved me.”

Read the full story at thechurchnews.com.