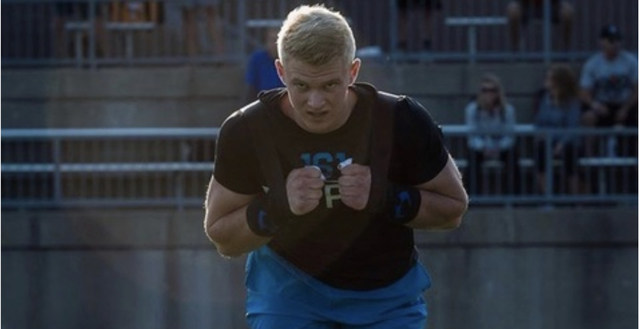 What is it like being given the title of "the world's fittest teen"? For Utah native and Latter-day Saint Dallin Pepper, the honor is nothing compared to standing for his faith while competing on the world stage.

CrossFit is currently one of the most popular fitness trends in the world. The exercise regimen for participants of CrossFit can consist of anything from aerobics and cardio to heavy weight lifting and gymnastics.

CrossFit has continued to gain much recognition worldwide. An example of this is the annual CrossFit Games, which are often considered the ultimate way to test one’s fitness. They are comprised of physically grueling events to not only train but test one’s fitness to find the fittest individuals the world has to offer. This type of training is something that Pepper has dominated at for three consecutive years now. Pepper has been named the World’s Fittest Teen by winning the CrossFit Games three years in a row, something that had never been done before in the teenager division.

“I know that there are a lot of people that say that whatever sport they do is the hardest sport,” noted Pepper. “I do believe that CrossFit is one of the hardest sports, especially if you want to compete in it. Every day you have to go to the gym and do things you’re really bad at to get better. Every day you’re humbled a lot, but the feelings you get after you work on something you’re bad at and knowing you’re getting better every single day—I just love that feeling and that’s my favorite part.”

Although Pepper has achieved phenomenal success after delving into CrossFit, it took some time and family influence to get him interested in the sport.

“I played football, basketball, and baseball growing up,” said Pepper. “About four or five years ago, my dad started doing CrossFit, got my mom interested in doing it, and they were always going to the gym. They ended up just getting some equipment to put in the garage. They’d been trying to get me to do it just to help with football and baseball and other sports, just to get stronger. I was like, ‘No. I don’t think I just want to work out for fun. That seems kind of lame and not very fun.’” 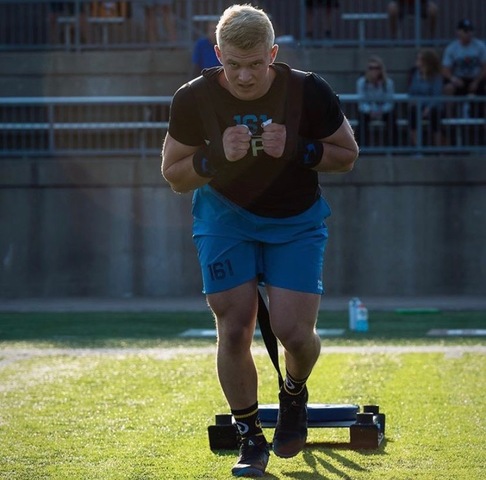 Even though Pepper was hesitant at first to try a sporting voyage as intense as this, all it took to get him hooked was watching the CrossFit Games on television.

“The 2015 CrossFit Games was the first year they had a teenage division,” said Pepper. “I was actually just watching it and thought it was really cool that you could compete in it. It was awesome, and the next day I started.”

Pepper’s first goal was to get to the CrossFit Games himself to contend in the world’s premier competition. He wanted to see if he could match up with the top competitors of CrossFit in his own age division. The first year Pepper competed was 2016, and it helped him gain a solid foundation before he went on to win the CrossFit Games in 2017, 2018 and 2019 and solidify himself as the world’s fittest teen.

CrossFit isn’t the only activity that Pepper is undoubtedly passionate about. In fact, it isn’t even at the forefront of his focus. Pepper is an active member of The Church of Jesus Christ of Latter-day Saints. He loves the gospel and constantly strives to be an example to those around him. He has grown up mainly focusing on these two aspects of his life, among others, such as family and school. Perhaps it’s the commonalities between CrossFit and his faith that gives Pepper the fervor to continue being involved at a high level with both.

“Like CrossFit, there are those days where I say, ‘You know what? I don’t want to go to church today,’” said Pepper. “That just happens to everyone, but I think you know what’s right. You know you’re going to be a better person and grow closer to the Savior by doing that. I think that’s a really important thing. . . . You got to be ready for anything. Building your testimony in the Church can really help you through any trials or struggles. We never know when those are going to come up, but always making sure that your testimony is strong and being ready for those times is important.”

We all know that for some members who live in places where the Church is a dominant religion, it can be easy to find excuses to not share the gospel. But Pepper has been given something not all 17-year-olds growing up in Utah have. He has been awarded a unique platform via CrossFit to share the gospel and make his faith noticeable. Rather than shying away from the opportunity, Pepper takes advantage of it and strives to make his membership in The Church of Jesus Christ of Latter-day Saints publicly known to those he comes in contact with.

“One of the coolest parts of what I do is that I’ve been able to meet people from all over the world,” admitted Pepper. “A lot of my followers on social media are from all over the world. I get to impact a very large group. I’m always looking for those missionary experiences to share what I know about the gospel. People have asked me lots of questions, whether that’s in person at different competitions or through social media. I try and answer every question I get, and a lot of those turn into the gospel. . . . I’m a little different than some of the other people in the competition. They always ask me, ‘Hey, something is a little different with you. What is it?’ That kind of strikes up a conversation about the gospel and the Church, and I think it’s really cool to talk to those people about that.”

Perhaps the most impressive aspect of Pepper’s gospel living, though, is his ability to prioritize and distinguish between what is most important. His love for CrossFit is real and alive, but Pepper knows that there is a significant gap between the feeling he gets when being deemed the "fittest teen on the planet" and simply living the teachings of Jesus Christ.

“I’ve grown a lot this past year in a lot of different ways,” added Pepper. “I know that the feeling while I’m at the temple, while I’m at church, and reading my scriptures is a million times better than getting the medal. . . . I know that everything I do is through Jesus Christ and our Heavenly Father. I know They give me the strength and the desire to be good. I know They’re with me at all times, and I’m just grateful for that. That humbles me daily.”

Now that he has been crowned as the world’s fittest teen for the third straight year, Pepper plans on competing in the adult division. Even though he acknowledges that it may take him a few years to get to where he was in his old division compared to his new division, he looks forward to the challenge. Being a disciple of Jesus Christ won’t be something he puts on the backburner in his pursuit, either.

“I personally know it’s true," he said. "I don’t know a better lifestyle to live, and I don’t think I would want to live a different lifestyle. The Church makes me so happy and all those blessings in knowing the things I know. I know it’s true and it makes me happy and a good person.”

Brad is an online writer for LDS Living and is currently a student at Utah Valley University studying journalism. He has been married for two years to the love of his life and now resides in Kamas, Utah, where he was born and raised.