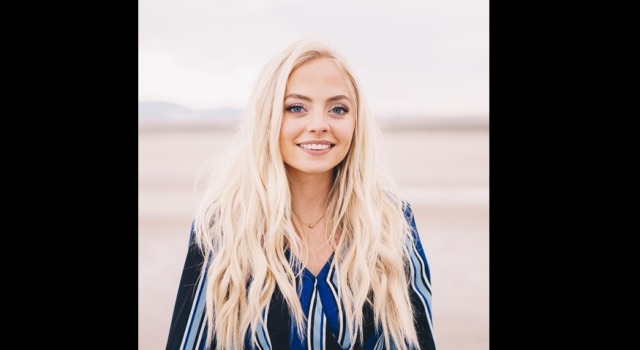 After performing on The Voice and being featured in the October 2017 Face to Face for youth, Madilyn Paige continues to inspire thousands with her uplifting music. She answered some questions for us to catch a glimpse of what life is like as a Latter-day singer and songwriter.

What is your favorite part about performing?

Being able to express myself and relate to people while performing is by far my favorite part. Also the energy you feel on stage is unlike anything else, and it’s the most magical feeling.

Where do you get your inspiration for your music?

Inspiration for me can come from anything in life, whether it’s from something I’ve experienced or will experience, or something I observe someone else going through. Also real life issues in society or things that people struggle with can inspire a lot as well.

How did you overcome feelings of anxiety and stage fright?

I pushed myself to do exactly what I was afraid of and get on stage and perform. I got completely outside of my comfort zone and eventually it got easier and easier with every performance!

Many of your songs emphasize having confidence and self-worth. What advice would you give to individuals who are struggling with self-esteem?

Changing my negative thoughts to positive ones and focusing more on what I do have versus what I don’t really helped me overcome my insecurities and low self-esteem. Also remembering that I am truly irreplaceable and that comparing myself to others will get me nowhere and leave me unsatisfied with who I am.

What is the most difficult part about being a singer/songwriter?

I would say a difficult part about being a songwriter is to be able to convey the message/ideas in your head in a way that’s easy to understand and relatable. Also it takes a lot of focus and can be very mentally draining. As far as being a singer goes, I would say the most difficult part is the music industry in general and trying to stand out as well as being financially stable. Life as a singer can be inconsistent and a bit of a roller coaster at times.

Would you be willing to share an experience when you had to stand up for your standards or beliefs as a performer?

When I was on The Voice I would go to wardrobe fittings and get styled for each performance. I made it known very early on to the stylists what I would and would not wear and what my standards were. They respected it completely, and because I spoke up I never had to be put into any kind of uncomfortable situation.

If you could live anywhere in the world, where would it be and why?

I would live in Tokyo, Japan because I lived there when I was growing up. It’s such an incredible place and culture!

Do you have a favorite hymn or primary song? What about your favorite song to perform?

My current favorite hymn is “Nearer My God to Thee” and primary song would be “I Am a Child of God.” One of my favorite songs to perform would be “Titanium.”

What do you want to be most remembered for?

I want to be most remembered for treating other people with kindness and love, and for how I inspired others or helped them through my music.

Out of all the things you’ve learned from being a musical performer, what stands out to you the most?

I would say the number one thing I’ve learned is just how powerful music can be. It speaks to people in a way words can’t, and I believe it’s the best way to express feelings and relate to people.

Also, the more I’ve performed the more I’ve learned to get outside of my own head and feed off the energy and emotion of the music and audience.

What has been the best piece of advice you have received?

How has sharing your music influenced your testimony of your role as a daughter of God?

As I have gotten to do various events speaking and singing for youth groups and trying to inspire through my music, I have received spiritual confirmation multiple times that this is what I’m supposed to be doing. I know Heavenly Father has led me to where I am and this is the path He laid out for me. It strengthens my own testimony every time I get to do an event or meet the amazing people I cross paths with.

Is there anything else you would like LDS Living readers to know?

Thank you so much to everyone who has supported me and helped me get to where I am now! Because of that support, I’m getting to follow my dreams and work towards bigger goals every day. 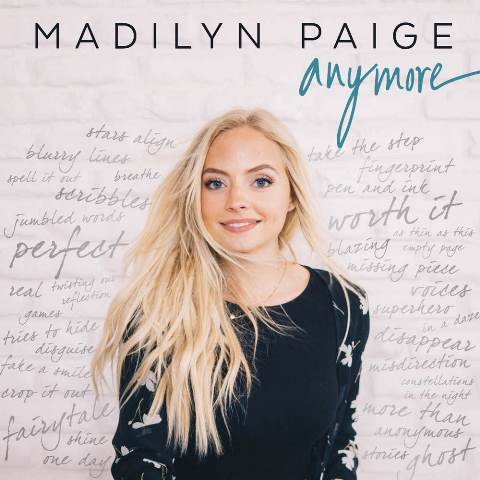 Check out Madilyn Paige’s original music with bold, uplifting messages about positivity and self-worth in her album Anymore, available at Deseret Book stores and deseretbook.com.