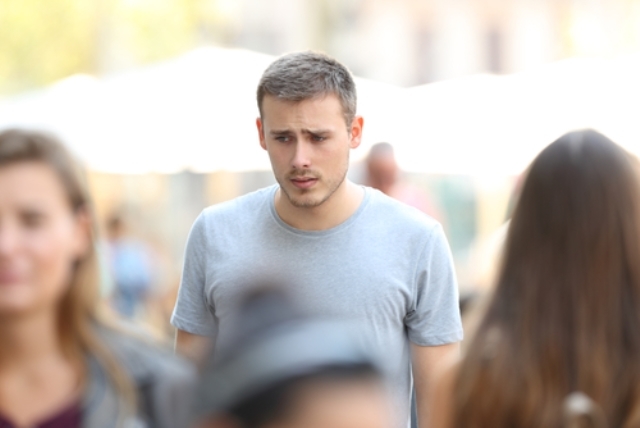 Latter-day Saint Psychologist: When Comparing Yourself to Others Can Actually Be a Good Thing

I have a distinct memory of sitting in a junior high school math class, tearing a piece of paper from my binder, and scribbling a note for my friend who sat a few desks in front of me to see if he had plans for the weekend. I folded the note as small as I could, waited for a time when the teacher wasn’t looking, then passed it forward. Over the course of 45 minutes of stealth, the two of us resolved to meet at the bike racks after school and decide what to do next. Today, I can press a button on my watch, speak a message, and have it sent to someone halfway across the world in a matter of seconds. Technology has absolutely transformed the way we communicate and interact with each other.

Just this morning, I discovered that I have a friend whose dog is sick, my nephews are auditioning for a school play, and another friend just landed in Iceland for an epic vacation. I did all this in less than five minutes without leaving my bed. There was no note, no stealth, and no 45-minute extended drama to achieve a tiny bit of information. Quite frankly, it’s a miracle.

Yet sometimes, this miracle can make us depressed. Does this sound familiar? Perhaps you have sat down at the end of a long, difficult day and pulled out your phone instead of tackling the dirty dishes or laundry. As you look at the smiling faces of friends and acquaintances as they recline at sunny beaches and lean on new cars, your messy kitchen and overflowing clothes hamper start to look worse and worse. You think to yourself, why is it that everyone else gets to have so much fun while my life is so average? I have known many who start to become depressed and discouraged in such situations. Here are a couple of suggestions to combat such feelings.

► You'll also like: Why the World's Concept of Self-Esteem Is Different from the Confidence God Wants Us to Achieve

About a year ago, a major electronics company announced their latest smartphone. It was the most expensive they had ever sold, with the base model starting at $1,000. I wondered what amenities and other features the company had created in order to entice tens of millions of people to spend so much money. I was amazed when I discovered that advertising for the phone had glossed over such things as processing speed, storage capacity, or overall resilience. Instead, what the advertising was pushing was the camera, which apparently took the “most amazing selfies” compared to any other phone. The most amazing selfies.

We live in a society where social media allows us to put our best self on display, all the time, without mention of the negative. Even our phones are designed to help us look “better” than we actually do. This tip may sound obvious, overstated, or easier said than done, but it’s really important to realize that when you compare your life to the life you think your social media friends have, you will almost always come out depressed. Social media lives are cropped, enhanced and filtered. While they are not necessarily untrue, they do not represent the whole story, as we well know from our own decisions about what we will or won’t share on social media.

It seems to be human nature to want what we do not have. Even Alma the Younger got caught up in this. At one point in his life he cried out, “O that I were an angel!” (Alma 29:1). He didn’t want to be “Alma the mortal,” he wanted to be “Alma the angel.” Alma the angel would be able to call thousands to repentance with a voice of thunder. No doubt “Alma the mortal” remembered the powerful angel who called him to repentance so many years before. Perhaps he was comparing himself a little; how much better it would have been to be an angel instead of just a man! Yet Alma saw the folly of his thinking: “But behold, I am a man, and do sin in my wish; for I ought to be content with the things which the Lord hath allotted unto me” (Alma 29:3). He goes on to reflect on the many blessings he has received from the Lord and ultimately concludes that his life is pretty good, all things considered. We can all learn from Alma’s example. As we stop comparing our worst to others’ best—or better yet, stop comparing ourselves to others at all—and stop longing for what we do not have, our perceptions will change and our happiness will increase.

If you find you compare yourself to others, leading to feelings of depression and discouragement, here are a couple suggestions to reverse that process:

1.    Try to develop a greater sense of self-confidence. Those who have confidence in themselves tend to compare themselves less to others. They also tend to be more grateful of what they have and less jealous of others.

2.    Try fasting for gratitude. This can be an amazing experience. Engage in fasting like you regularly would, but don’t ask for anything. Tell your Father in Heaven that you are fasting just to thank Him for all He has given you.

► You'll also like: 5 Ways to Help You Stop Comparing Yourself to Others

After giving counsel to stop comparing yourself, it might seem strange for me to counsel you to start comparing yourself, but let me illustrate with an example from my mission. My companion and I were in a rural town in Mexico when we visited the home of an elderly couple. This couple lived in what can best be described as a permanent lean-to, assembled with broken pieces of lumber and other discarded waste. We sat on stumps of wood outside of their hovel and talked about the Savior. As we taught them to pray, they said they already knew how, so we asked the wife to offer a prayer before we left. She gave a beautiful prayer of thanks: thanks for their home, thanks for their health, thanks for their freedom, and thanks for their lives. I remember thinking it was a little ironic because her husband walked with a crutch due to a leg infection, and they had no means to pay for a cure. Yet she was grateful for what they did have and was not focused on what was lacking. When I returned to my parents’ middle-class California home a few months later, I thought I had entered a king’s palace compared to some of the places I had lived in and visited on my mission.

Sometimes we get overly focused on our difficulties. It can become easy to think that our situation is as bad as it gets, leading to feelings of depression and despair. Yet, like the couple on my mission, we need to keep our suffering in perspective. The Savior provided amazing counsel to Joseph Smith on this very topic. In Doctrine and Covenants section 122, He explains to Joseph that things could get worse and worse in his life. Ultimately, He tells Joseph that it might get so bad that all the powers of hell might relentlessly come after him. Then, putting things in eternal perspective, the Lord says, “The Son of Man hath descended below them all. Art thou greater than he?” (D&C 122:9) This is a powerful reminder that even when things are terrible, even when life is as bad as it ever has been, there was One who descended below all things so He can help us rise above our own trials.

Achieving proper perspective is essential in increasing happiness and reducing depression. Doing a healthy comparison with other situations can help us gain such eternal perspective. If we dwell on the negative, this will inevitably lead to feelings of sadness. Each day we need to try to look at our situation objectively. Surely there will be negative things happening in our lives, but there will also be many positive things. Cataloging and examining both the positive and the negative will help us make a more reasoned decision about our circumstance. What seemed hopeless before is perhaps more hopeful now. In addition, accurately identifying both the positive and the negative can help us have greater strength, where the positive encourages and fortifies us to sustain and cope with the negative.

Here are some additional suggestions to help you “start comparing” in order to improve your perspective and happiness:

1.    Take time to reflect on the Savior’s suffering for you. Study and ponder about His experiences in the garden and on the cross. As we think about what He did for us, we tend to gain greater perspective and experience a deeper love for Him.

2.    Begin a regular pattern of service to those who are less fortunate. This can be a sacrifice of your means but sacrifices of time are generally more meaningful. As you associate with and serve those who have less, you will start to see your own situation more clearly.

God bless you with the wisdom to compare where helpful and stop comparing where unhelpful, and the humility to rely on the Holy Ghost to help you know the difference.