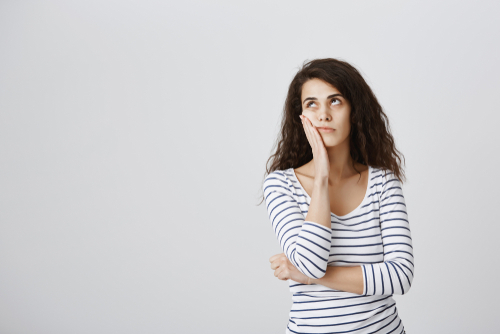 Latter-day Saint Psychologist: When Trials Seem to Come at the Worst Times

Many years ago, my wife and I were students, had a small family, and had little disposable income. We had one car that had a cracked windshield. The crack wasn’t substantial, but being somewhat of a perfectionist, it bothered me. The only long-term solution was to replace the windshield, which was not in the budget. I lived with the cracked windshield for a couple of years until finally we had saved enough money to replace it. The new windshield was perfect, and I was almost deliriously happy to be rid of that unsightly crack. About a week later I was driving on the freeway. As I passed a large truck, it kicked up a rock that landed squarely on my windshield. It left a large crack.

I was upset! I thought to myself, and even openly to Heavenly Father, “Seriously? Couldn’t this have been avoided? How hard would it have been for that rock to miss my car? Or for the Spirit to have inspired me to change lanes? Or even if this rock was part of some eternal plan for my growth, why couldn’t it have happened a week earlier to my already cracked windshield?” Now, with 20 years of hindsight, I realize that my grousing was somewhat petty. But it does cause one to question the Lord’s timing with personal trials. Have you ever felt the same? Perhaps you are striving to do what is right, investing significant energy into your church calling, and then things go wrong. Sometimes such trials seem like punishments due to their timing. If we were robbing banks or dealing drugs and then we end up in jail, we might rightly presume that such a consequence could be a natural result of poor choices. But when we are paying our tithing, accepting assignments to speak in sacrament meeting, and driving missionaries to their appointments and then the car breaks down, we might wonder, “Why me? What did I do to deserve this?”

►You'll also like: When You're in the Thick of Trials: 3 Tips to Help You Get Through

I love the story of the widow of Zarephath found in 1 Kings 17. There was a drought in the land, creating desperate circumstances among the people. Elijah the prophet was also affected and in need of food. The Lord commanded him to go to Zarephath, one of the affected regions, and request help from a widowed woman. Elijah found the woman and asked her for a drink of water; she obliged and gave him a drink. He then asked her for a piece of bread. The widow’s response is sincere and heartbreaking: “As the Lord thy God liveth, I have not a cake, but an handful of meal in a barrel, and a little oil in a cruse: and, behold, I am gathering two sticks, that I may go in and dress it for me and my son, that we may eat it, and die” (1 Kings 17:12). In other words, “I’m sorry, Elijah. My son and I are on the brink of starvation and have only enough food left for our last meal. We are going to eat and then starve to death.” Elijah then asked the woman to take her last remaining supplies and make him a little bread first. He then promised her that, if she did so, her food supply would not run out until the drought ended.

I have long wondered why the Lord sent Elijah to that particular woman. If the goal were to get Elijah fed, didn’t the Lord have many options? He could have ended the drought. He could have rained bread from heaven like He had in the past. He could have sent Elijah to a rich member in Zarephath who perhaps had bread and to spare. But instead, He sent him to a poor widowed mother who was likely in one of the most desperate moments of her life. We know the outcome of the story: The faithful woman followed Elijah’s direction and fed him first. The miracle followed: “And the barrel of meal wasted not, neither did the cruse of oil fail, according to the word of the Lord, which he spake by Elijah” (1 Kings 17:16). The woman and her son were miraculously spared from the deadly drought.

I’m sure the widow probably wondered why she had been selected, out of so many, to endure this particular trial. We may have the same concerns when difficulties strike. We may wonder why we have been called to pass through trials, especially during inopportune times. Why do you get asked to pray in public when your anxiety symptoms are particularly high? Why do you get asked to serve at the homeless shelter when you are so depressed you can barely get out of bed? Why do you get asked to bear your testimony when you’ve just read material that shakes the foundation of your beliefs? With most heavenly interventions in our lives, timing is everything. The Lord is executing His amazing plan with incredible accuracy. Two gospel truths can help us better understand why His perfect timing sometimes seems strange to us.

1. We Are Here to Be Tested

Most members of The Church of Jesus Christ of Latter-day Saints are familiar with the concept that this life is a test. Most of us do not complain too much when the tests are easy, but when the tests are difficult, we tend to look to heaven and say, “Why me, Lord? Haven’t I been obedient? What have I done to deserve this bad fortune?” Our Father in Heaven, being ever patient, probably just smiles and tells us to remain faithful. Paul instructed the Hebrews, “For whom the Lord loveth he chasteneth, and scourgeth every son whom he receiveth” (Hebrews 12:6). Common wisdom would suggest that chastening comes from hatred and scourging is a sign of rejection. Yet in the Lord’s view, chastening derives from love and scourging indicates acceptance. This doctrine underscores many scriptural examples of faithful men and women who endured great trials. Some might say these people were called to endure such trials despite their faithfulness. I would say they were called to endure such trials because of their faithfulness. In fact, I believe the more faithful we are, the more tests and trials we are likely to endure. This is part of a refining process that will ultimately result in our becoming like the Savior. Simply put, those who express a desire to become more godlike will be subjected to the refiner’s fire that will help them reach their goal.

►You'll also like: 4 Mistakes We Make When Dealing with Trials (That Only Make Them Worse)

When I was in college, I took a weightlifting course. One of the practical examinations was to determine our “max” on any given exercise. Whether it was bench press, arm curl, or any other drill, the test was to see how much we could lift for a single rep. I remember my arms shaking as I struggled to lift the max weight, which represented my personal best. There were smaller weights that I could have easily lifted multiple times, but that was not the test. The test was to determine my limits. When I was truly pressed to my maximum, what was I capable of?

Abraham records that one of the purposes of the earth’s creation was to provide a time and place for us to be tested. “We will go down, for there is space there, and we will take of these materials, and we will make an earth whereon these may dwell; And we will prove them herewith, to see if they will do all things whatsoever the Lord their God shall command them” (Abraham 3:24-25). Notice how it doesn’t say we will be proven to see if we will do some of the things the Lord commands us. It says we will be proven to see if we will do all of the things the Lord commands us. Why does the Lord command starving widows to share their last meal? Why might He ask anxious members to do something that they feel could cause a panic attack? Perhaps because He is trying to test our max. He is trying to determine whether we will do all things that He commands. Then He waits for you to trust Him and stays by your side to help you accomplish what He has commanded.

Fortunately, most heavenly tests are of the lesser variety, but every once in a while, we get those difficult ones that truly press us to our limits. Remember the story of Abraham when he was commanded to sacrifice his only son. Having seed was his only chance of fulfilling the glorious covenant the Lord had made with him many years prior, and yet here he was faced with the decision to eliminate his single descendant. I have heard it said that the Lord knew what Abraham would do—his obedience was no surprise to God. Perhaps the most important lesson we can learn from that instance is that Abraham needed to learn something about himself. He needed to realize the true nature of his commitment and desire to follow our Heavenly Father. I believe we are in similar situations. When we are called to pass through very difficult trials, I believe the Lord already knows the outcome. But we need to find out for ourselves just what we are made of. What is the extent of our spiritual strength? We can only discover that through those extreme tests that teach us more about ourselves than we previously knew.

To all who are striving to do what is right, do not despair when you have trials. When you have trials at particularly inopportune times, please do not despair. Realize this is a manifestation of your Father in Heaven’s love and acceptance of you. Understand this is an opportunity for you to demonstrate your level of commitment. Recognize that you will learn things about yourself that will build confidence, strengthen faith, and purify your spirit. As we seek the Savior’s help and use all of our own strength, we will pass such tests with flying colors.

►You'll also like: Elder Holland Shares the Perfect Advice for When Our Trials or Questions Have No Easy Answer