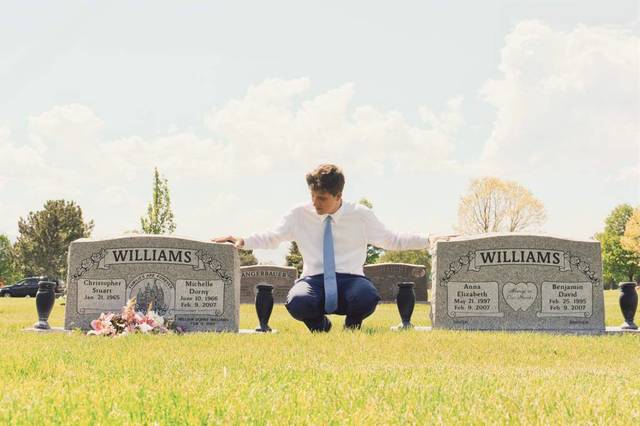 Sam Williams doesn't remember much of what happened before he arrived at the hospital.

"It never crossed my mind once why I was there," he said. "I just went with it."

Williams was 6 years old when a 2007 car crash left him with internal bleeding, a head injury, broken collarbone and broken ribs. He recalls walking "like a hunchback" down the long hallway to the therapy room, he said.

On the night Sam was released, his father Chris was tucking him into bed when the boy asked, "Where's mom?" That's when he learned his pregnant mother Michelle, his brother Ben and sister Anna had been killed in an accident involving a drunk driver. Tears flowed from his father's eyes as Sam sat expressionless, trying to comprehend what he'd just been told. Sam and his father had survived, along with his older brother Michael who was not in the car at the time.