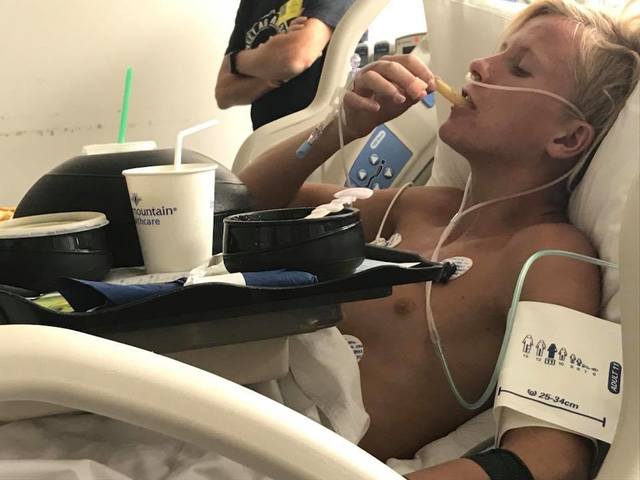 "(Tyson) was a hero,” said Laura Bean, the mother of a 15-year-old who was knocked unconscious after hitting his head and landing in a pool. “He literally just jumped in and pulled Ryan out of the water and saved his life.”

Doing flips is part of what earned Ryan Bean over 13,000 followers on Instagram, but when he attempted a flip into a pool in St. George Saturday, it didn’t go as planned.

Ryan, a 15-year-old who attends Desert Hills High School, was playing at a private pool Saturday with his 14-year-old friend Tyson Parker. As he went down a slide, Ryan tried to do a backflip into the pool, but he hit his head on the rock and sank under the water. Tyson filmed the entire incident on a cell phone.

“I didn’t know that he had hit his head; I thought he was just going to pop up out of the water, but he didn’t, so just kept filming,” Tyson told St. George News.

Mormon Life Teen SwimmingTeen,Swimming,Mormon Life
Comments and feedback can be sent to feedback@ldsliving.com