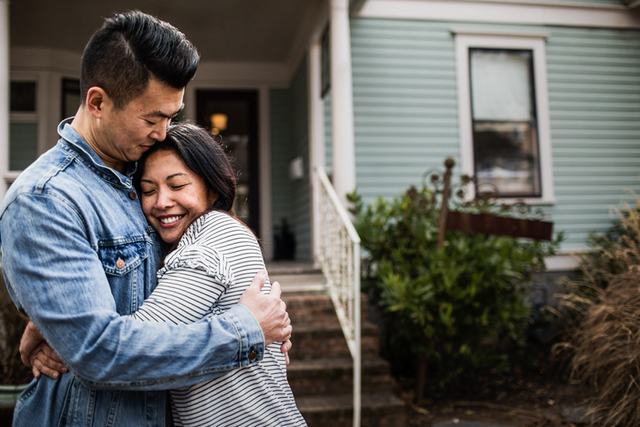 The Book of Mormon contains one of the strongest depictions of ideal manhood in religious literature. In the story of the two thousand stripling warriors, readers gain insight into characteristics that, if developed in modern men, will lead to their improvement as individuals, husbands, and fathers.

Who Were the Stripling Warriors?

When a once-bloodthirsty tribe converted to Christianity, they buried their weapons of war and took an oath to never kill again. While their beliefs allowed for righteous warfare (defense of the innocent, preservation of freedom, etc.), they feared that they'd become hateful and murderous again if they took up the sword.

So devoted were they to the oath that they allowed themselves to be killed by their enemies without resistance. They gratefully supported a friendly army who offered protection, but upon witnessing the deaths of their allies, this tribe was on the verge of breaking their oath to God in order to join the fight.

Two thousand of the tribe's young men, who were children at the time of their parents' conversion and hadn't made the same oath, took up the sword to fight alongside their allies and to preserve their parents' honor. Known as the stripling (young man) warriors, they are described this way:

And they were all young men, and they were exceedingly valiant for courage, and also for strength and activity, but behold, this was not all—they were men who were true at all times in whatsoever thing they were entrusted. Yea, they were men of truth and soberness, for they had been taught to keep the commandments of God and to walk uprightly before him.

Now they never had fought, yet they did not fear death; and they did think more upon the liberty of their fathers than they did upon their lives, they had been taught by their mothers that if they did not doubt, God would deliver them. And they rehearsed unto me the words of their mothers, saying: We do not doubt our mothers knew it (Alma 53:20-21, Alma 56:47-48).

According to the text, these two thousand soldiers were miraculously preserved in battle. Although many were wounded, not a single one died—a miracle ascribed to the obedience and faith they learned from their mothers.

What Does This Have to Do with Husbands?

If we review the passages above, we find a set of virtues—a prescription for ultimate manhood—that can benefit men's quest to be better individuals, fathers, and husbands.

1. A stripling husband is courageous.

He will stand for the right even when it's not convenient or when he faces negative outcomes for doing so. He will defend the honor of his wife and children and will say no to activities that will diminish his ability to co-lead the family as an example of conscience. He will deny the cowardice that drives lesser men to blame their faults on others, avoid confession and change, and struggle to say "I'm sorry" or "I was wrong" out of vain fear of appearing weak.

2. A stripling husband is strong and active.

In other words, he's no couch potato. He cares for his body through exercising, eating well, and resting as best he can. He works hard to care for his family. He is far from the stereotypical husband who comes home, grabs a cold beverage, and plops down in front of the TV while his wife cooks, does the dishes, and gets the kids to bed. Instead, he recognizes that her day, at home or at work, was just as long and tiring as his (perhaps more so) and is eager to help so that they can both rest and relax. He makes time for play and recreation with his family.

3. A stripling husband is reliable and true.

He does what he says he's going to do. He keeps his promises with fidelity. His wife doesn't worry about whether he will succumb to infidelity, addiction, or other vices. This is because, day in and day out, he does those things necessary to keep his focus on what matters most. He is consistent in being a leader and example of integrity.

4. A stripling husband is sober and obedient.

Though he recognizes the importance of fun and laughter, he's serious when he needs to be. His faith yields humility and tenderness, not dominance and control. He recognizes that his wife needs support and strength as much as he does.

5. A stripling husband isn't a brute, but he's not afraid to defend.

He doesn't seek to establish dominance through control, fear, or intimidation. He minds his temper. He is never violent, aggressive, or insulting. However, he will defend his wife and children from outside threats and will be firm in following through with consequences.

6. A stripling husband values his family's liberty more than his own life.

This means that he encourages them to develop their talents and become who they want to be, not who he wants them to be. He wants them to pursue their dreams. He balances protective instinct with the realization that his wife is his equal partner and his children are his stewardship; neither of them is his property. He remembers that force and coercion lead to rebellion, so he wins his children's obedience "by persuasion, by long-suffering, by gentleness and meekness, and by love unfeigned. [Using] kindness and pure knowledge . . . without hypocrisy, and without guile" (Doctrine and Covenants 121:41-42).

7. A stripling husband recognizes that a woman's voice is worth listening to.

He honors his mother and treasures the lessons she taught him. He recognizes that there are things of tremendous worth to learn from the words and examples of women, including his wife and daughters. He never mistreats them, never acts or believes himself superior to them, and remembers that the lives of the stripling warriors were saved through lessons they learned from women.

He teaches his daughters and sons about the great women in family and world history, (first taking time to learn about them himself). He doesn't "tune out" when a woman speaks at work, at home, at church, or elsewhere. Most importantly, he hears, cherishes, and consults with his wife, embracing her value in his thoughts, words, and behavior. He is grateful for her unique talents, traits, and skills, and is quick to express that gratitude. He sees her as his equal partner.